On Juneteenth with Annette Gordon-Reed

Join us on Tuesday, June 15, at 1:00 p.m. ET for a special live Q&A with Monticello trustee and Pulitzer Prize-winning historian, Annette Gordon-Reed.

Professor Gordon-Reed will discuss her new book, On Juneteenth, with moderator and Getting Word descendant Andrew Davenport and field questions from the audience. 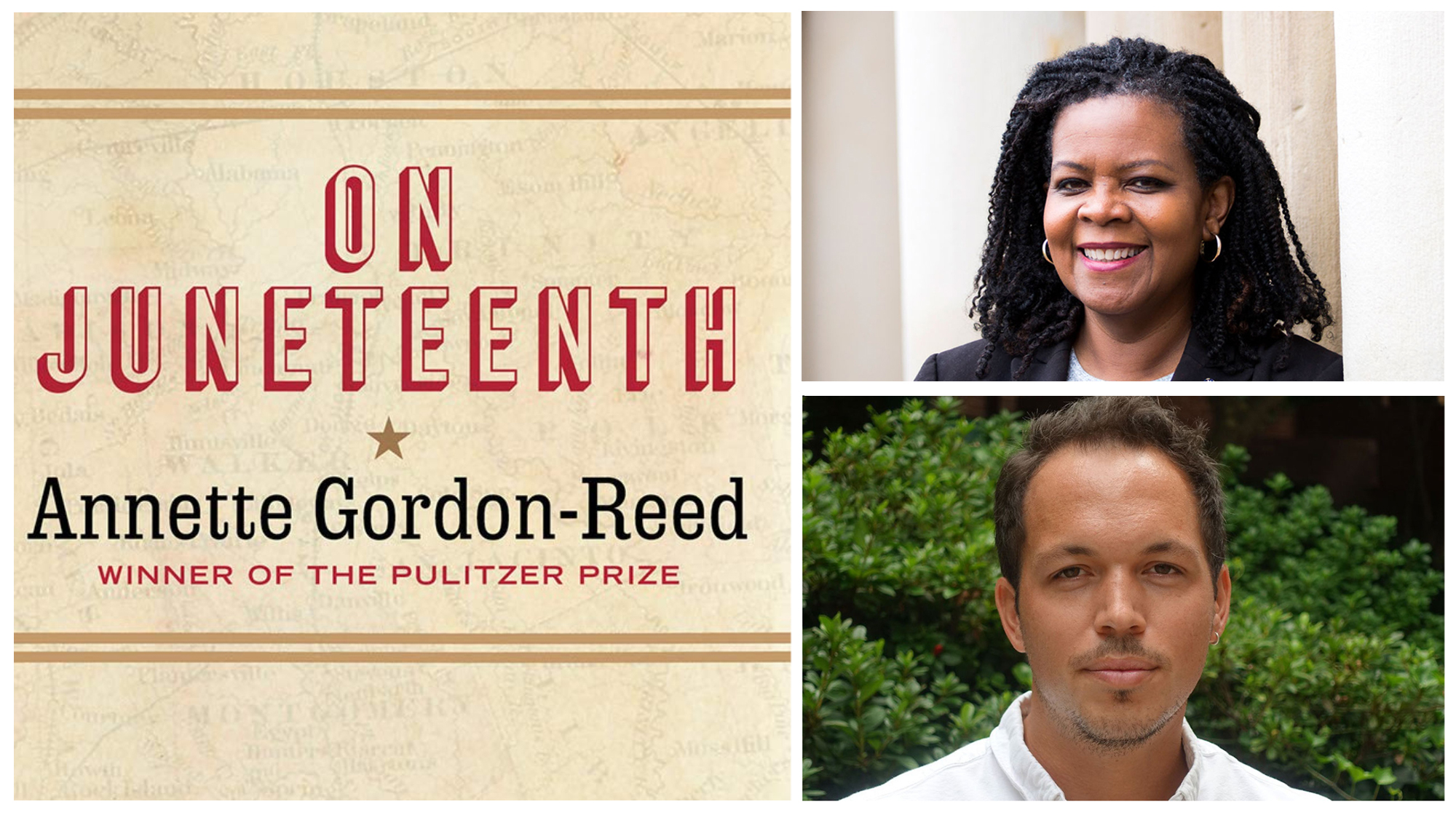 Weaving together American history, dramatic family chronicle, and searing episodes of memoir, Annette Gordon-Reed’s On Juneteenth provides a historian’s view of the country’s long road to Juneteenth, recounting both its origins in Texas and the enormous hardships that African-Americans have endured in the century since, from Reconstruction through Jim Crow and beyond. All too aware of the stories of cowboys, ranchers, and oilmen that have long dominated the lore of the Lone Star State, Gordon-Reed—herself a Texas native and the descendant of enslaved people brought to Texas as early as the 1820s—forges a new and profoundly truthful narrative of her home state, with implications for us all.

Get your copy of “On Juneteenth,” and mark your calendars for this special livestream!

Annette Gordon-Reed is the Carl M. Loeb University Professor at Harvard. Gordon-Reed won sixteen book prizes, including the Pulitzer Prize in History in 2009 and the National Book Award in 2008, for The Hemingses of Monticello: An American Family (W.W. Norton, 2008). In addition to articles and reviews, her other works include Thomas Jefferson and Sally Hemings: An American Controversy (UVA Press, 1997), Vernon Can Read! A Memoir, a collaboration with Vernon Jordan (PublicAffairs 2001), Race on Trial: Law and Justice in American History (Oxford University Press, 2002), a volume of essays that she edited, Andrew Johnson (Times Books/Henry Holt, 2010),  “Most Blessed of the Patriarchs”: Thomas Jefferson and the Empire of the Imagination with Peter S. Onuf (Liveright Publishing, 2016), and, most recently, On Juneteenth (Liveright Publishing, 2021). Gordon-Reed was the Vyvyan Harmsworth Visiting Professor of American History at the University of Oxford (Queens College) 2014-2015. Between 2010 and 2015, she was the Carol K. Pforzheimer Professor at the Radcliffe Institute for Advanced Study at Harvard University. She was the 2018-2019 President of the Society for Historians of the Early American Republic (SHEAR). She is the current President of the Ames Foundation. A selected list of her honors includes a fellowship from the Dorothy and Lewis B. Cullman Center for Scholars and Writers at the New York Public Library, a Guggenheim Fellowship in the humanities, a MacArthur Fellowship, the National Humanities Medal, the National Book Award, the Frederick Douglass Book Prize, and the George Washington Book Prize, and the Anisfeld-Wolf Book. Gordon-Reed was elected a fellow of the American Academy of Arts and Sciences in 2011 and was a member of the Academy’s Commission on the Humanities and Social Sciences. In 2019, she was elected as a member of the American Philosophical Society.