“Monticello will benefit from the guidance of our new chair, Melody Barnes, and vice chair, Tobias Dengel, as well as four outstanding new trustees,” said Leslie Greene Bowman, president of the Thomas Jefferson Foundation. “Monticello continues a tradition of strong and visionary board leadership as we plan for the commemoration of the 250th anniversary of the United States and strengthen our dedication to an honest, inclusive history of Thomas Jefferson, Monticello and the enslaved families who lived and labored here.” 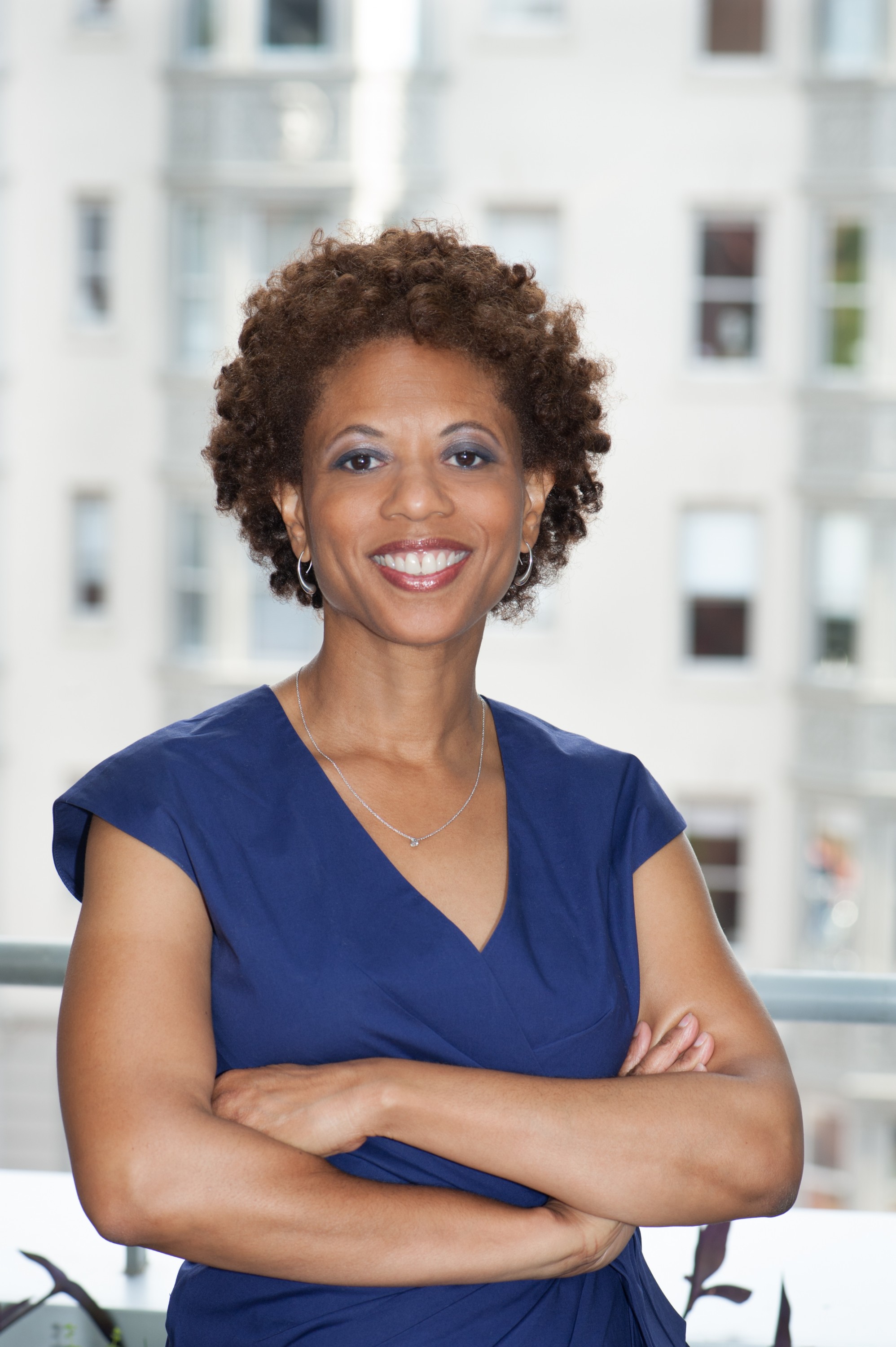 Melody C. Barnes is co-director for policy and public affairs of the Democracy Initiative at the University of Virginia where she is also the Dorothy Danforth Compton Professor of Practice at the Miller Center of Public Affairs and a senior fellow at the Karsh Center for Law & Democracy and affiliated faculty member at the School of Law.

Ms. Barnes was assistant to the president and director of the White House Domestic Policy Council during the administration of President Barack Obama. Prior to her tenure in the Obama administration, she was executive vice president for policy at the Center for American Progress and chief counsel to the late Senator Edward M. Kennedy on the Senate Judiciary Committee. Her experience includes appointments as director of legislative affairs for the U.S. Equal Employment Opportunity Commission and serving as assistant counsel to the House Judiciary Subcommittee on Civil and Constitutional Rights. She began her career as an attorney with Shearman & Sterling in New York City.

Ms. Barnes is narrator and host of the National Endowment for the Humanities-supported podcast, LBJ and the Great Society and co-editor of Community Wealth Building & The Reconstruction of American Democracy: Can We Make American Democracy Work? She also co-authored, “Community Engagement Matters (Now More Than Ever)” in the Stanford Social Innovation Review and is a commentator on U.S. domestic public policy.

Currently, Ms. Barnes serves as an independent director on the boards of Ventas, Inc. and Booz Allen Hamilton Holding Corporation. She is chair of the board of directors of the Marguerite Casey Foundation and vice-chair of the advisory board of the Institute for Contemporary Art at Virginia Commonwealth University. Ms. Barnes also serves as chair of the Aspen Institute Forum for Community Solutions. 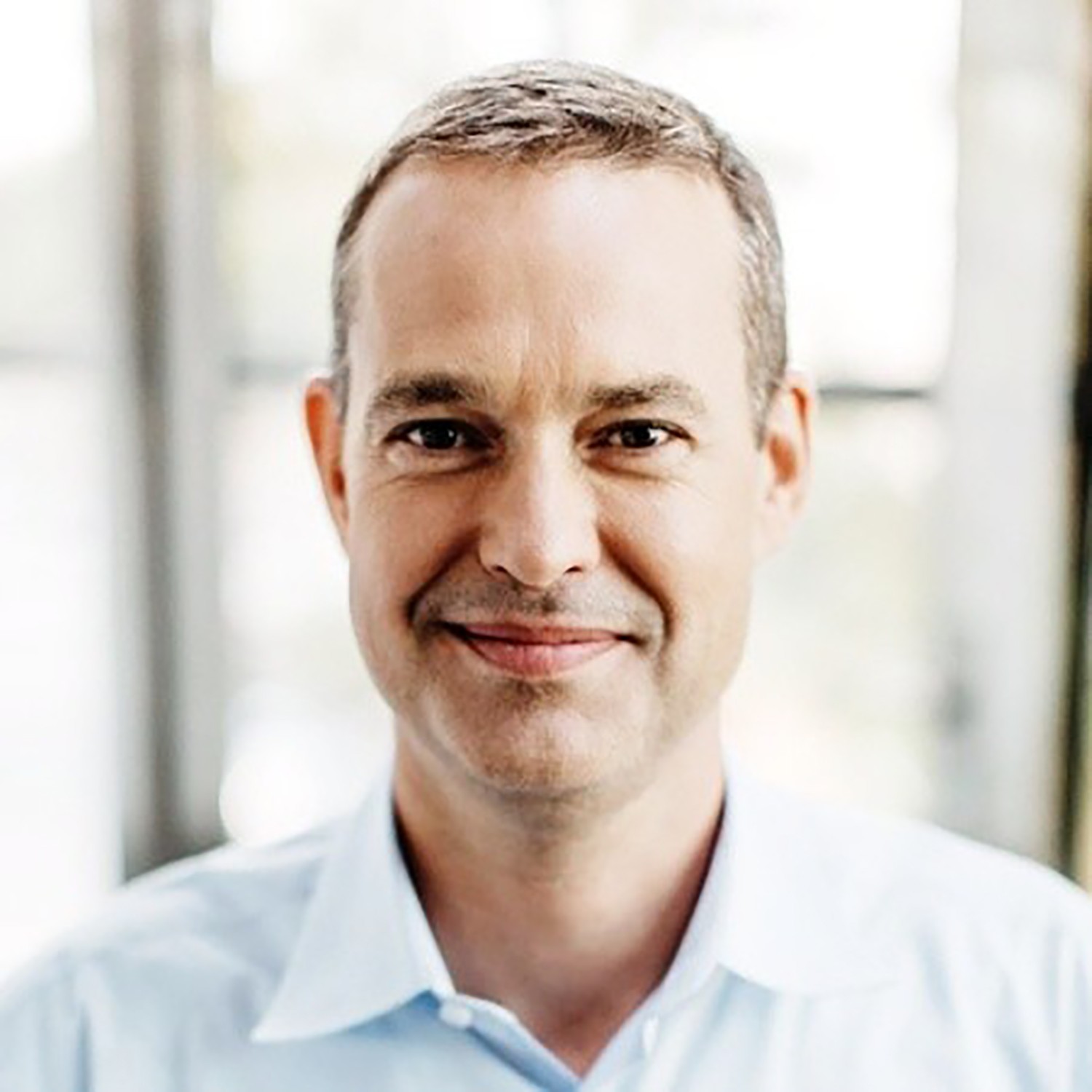 Founded in 2007, WillowTree was one of the first companies to launch an iPhone app. From its early focus on application development, the company has evolved into a full-service application strategy, user experience design, and app development agency. WillowTree has been recognized by both Fortune and Glassdoor as a Top Place to Work in the US, as well as the Webby Awards, Chartwell, and W3 Awards. WillowTree has been named to the prestigious Inc. 500 list of fastest-growing private companies for eight consecutive years—a streak that fewer than 1% of honorees achieve.

Previously, Mr. Dengel co-founded Leads.com, where he managed the company’s rapid expansion as an early pioneer in packaging online search products together (including Google, Yahoo!, MSN and AOL) for sale to small businesses. Mr. Dengel’s earlier roles included executive positions at AOL, and work as an analyst for the global management consulting firm, A.T. Kearney.

Mr. Dengel holds a BSE in Finance (Wharton) and a BSE in Systems Engineering, both from the University of Pennsylvania. He and his wife Lynn, a surgical oncologist, and their four children, reside in Charlottesville, Virginia. 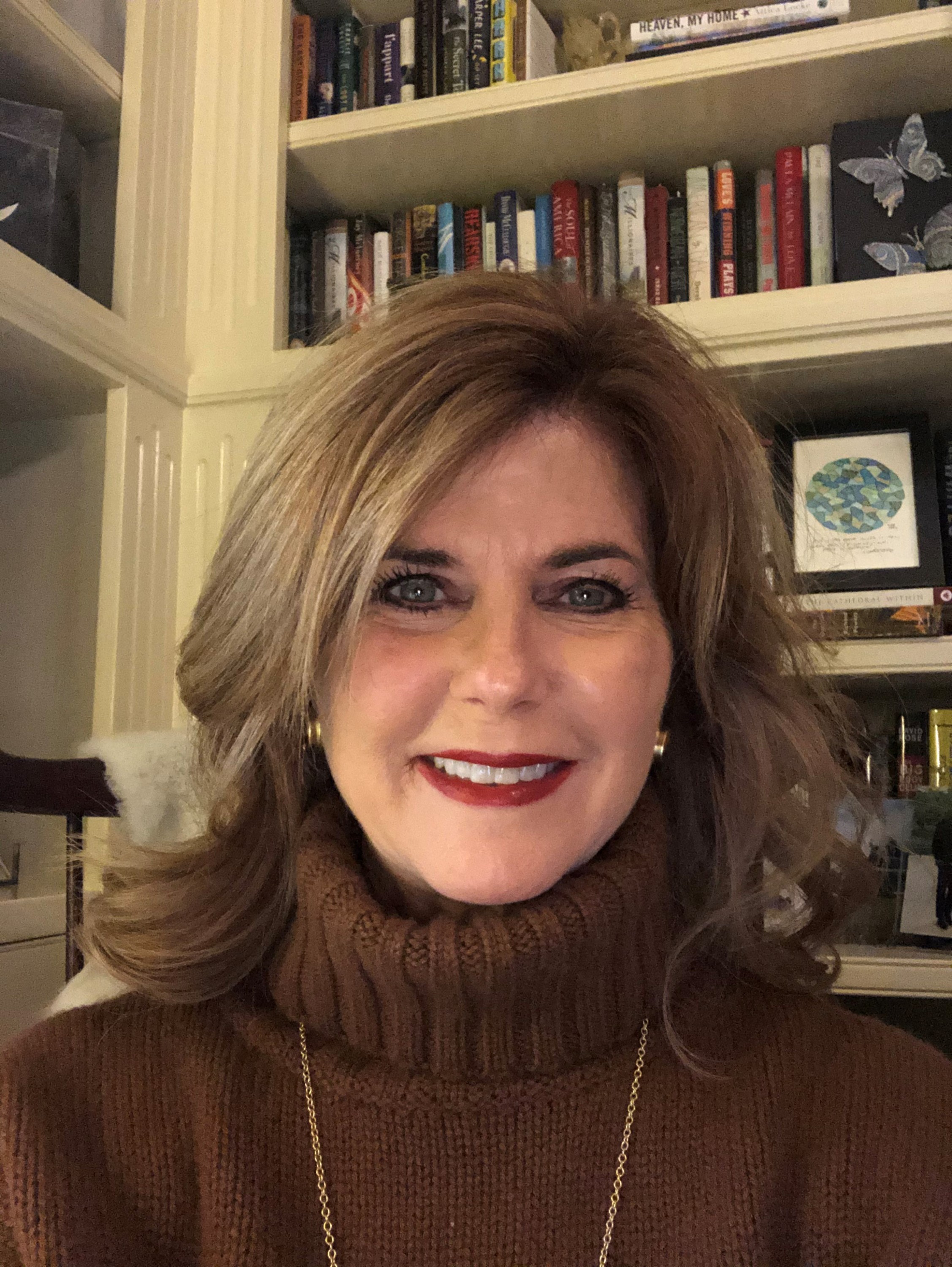 Four new trustees contribute immensely to the Board’s reservoir of talent and demonstrate Monticello’s geographic engagement across the nation. Renée Grisham is involved in her community locally and globally. She brings to Monticello her philanthropic focus on women, education, housing, health care, and the environment. Her work has benefitted these causes from Virginia to Costa Rica, Haiti and Peru.

Ms. Grisham was appointed by Governor Terry McAuliffe to the Virginia Foundation for the Humanities Board. She also serves on the board of Share Our Strength, which focuses on ending hunger and poverty in the United States and abroad, and the Board of the Carolina Performing Arts. Ms. Grisham serves as chair of the committee planning a celebration for the 100th anniversary of the University of North Carolina Press in 2022.

Ms. Grisham is a graduate of the University of North Carolina. She and her husband John live in Albemarle County, Virginia. 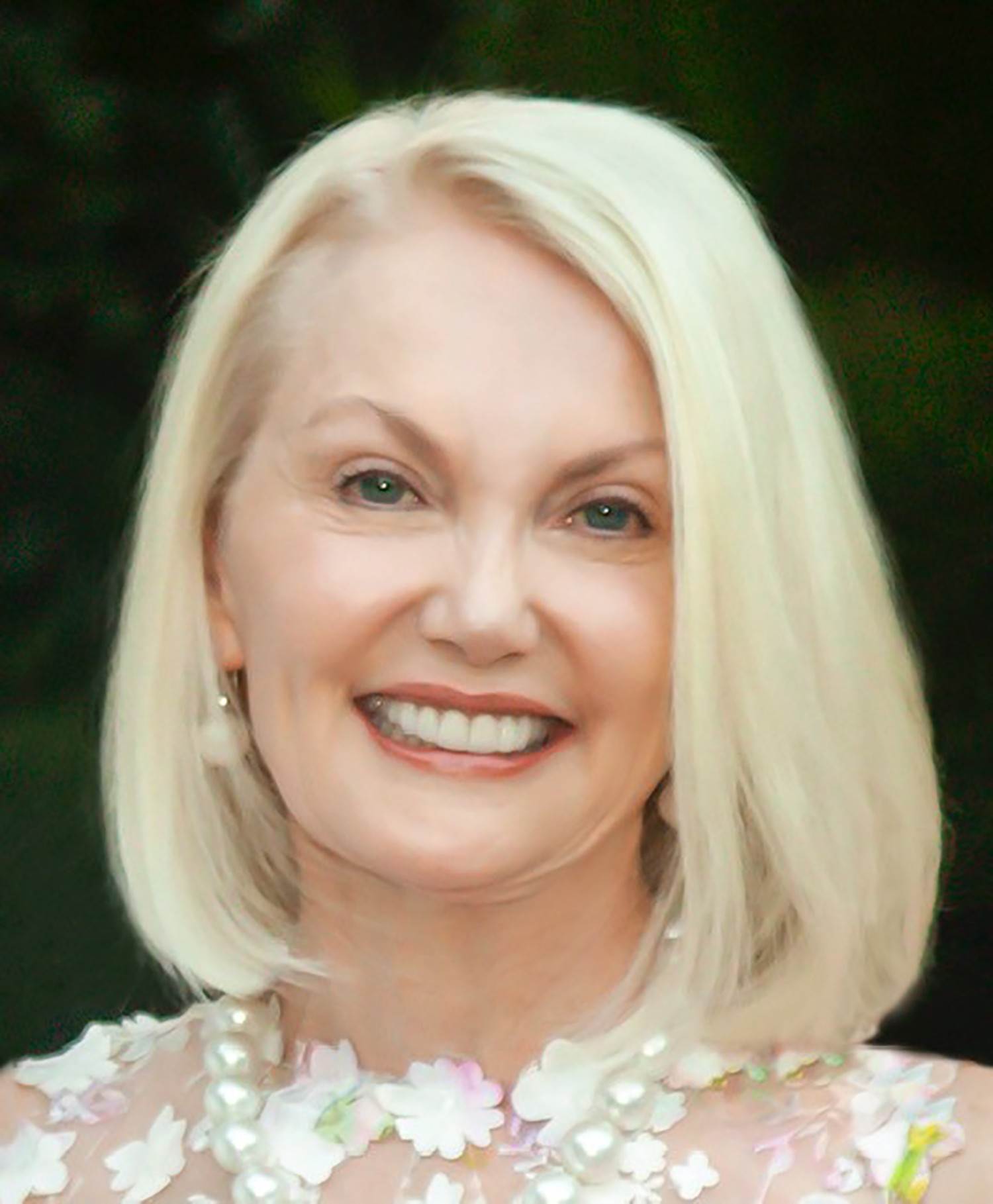 Nancy Cain Marcus, a native of Dallas, Texas, is a civic leader who is active in city, state, national and international affairs. Recipient of a presidential appointment to the U.S. Mission to the United Nations with the rank of ambassador, she served as a United States Public Delegate to the 56th Session of the General Assembly in 2001, her tenure having begun on the eve of 9/11. Ms. Marcus also received three gubernatorial appointments, one to the Texas Special Commission on 21st Century Colleges and Universities, and two to the board of directors of Humanities Texas, the state affiliate of the National Endowment for the Humanities.

Ms. Marcus has served on numerous academic boards, including those of the University of Dallas, The Hockaday School, Southern Methodist University and SMU’s Board of Libraries, Tate Lecture Series, John Goodwin Tower Center for Political Studies and Maguire Center for Ethics. Ms. Marcus served two terms on the Boards of Visitors at Columbia College, Columbia University and at Duke University.

Ms. Marcus currently serves on the George W. Bush Presidential Center’s Human Freedom Advisory Council. Ms. Marcus is in her 15th year of serving on the board of the Trinity Park Conservancy (formerly the Trinity Trust), the purpose of which is the building of a major public park in downtown Dallas. Ms. Marcus has long served on the board, including as chair, of the Dallas Institute of Humanities and Culture, which honored her service with the designation of life trustee. Ms. Marcus completed two terms on the board of KERA/North Texas Broadcasting, an affiliate of National Public Radio.

Ms. Marcus has traveled extensively, participating in official delegations to South Africa on behalf of the City of Dallas, Tunisia at the invitation of the World Affairs Council, and Jordan with Bridges of Understanding (a Washington, D.C. organization dedicated to fostering peace in the Middle East). Having studied in Greece, Italy, France, India and China, Ms. Marcus has also broadened her cultural, political and economic understanding through travel to eastern and western Europe, Japan, Africa, the United Kingdom, Australia, Central and South America and the Middle East. 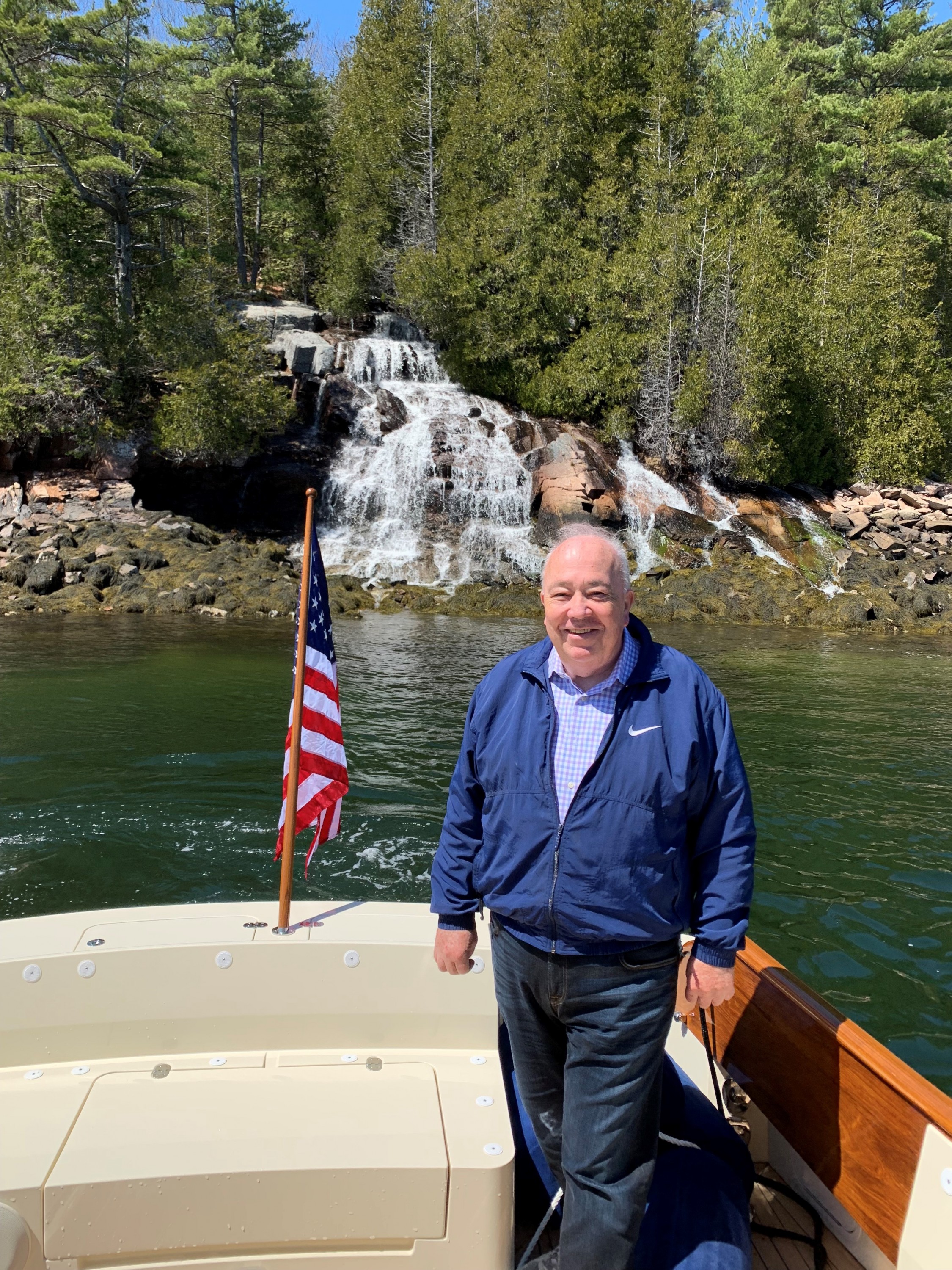 Christopher J. Toomey, a Boston native, is the president of Glenair, Inc. of Glendale, California since 1997, a global manufacturer of aerospace components, where he also serves as a member of its board of directors. He matriculated at Boston College, beginning his career in 1978 in the southeast United States before relocating to California in 1993. He currently serves as a member of the Boston College Board of Regents. He also serves as a director of The Algonquin Club Foundation of Boston, known for its historic McKim, Mead and White landmark building.

Mr. Toomey’s southern California philanthropic interests include ongoing leadership roles. He has served as president of Catholic Charities of Santa Barbara and is a longtime parishioner of Our Lady of Mount Carmel Parish, where he served as chair of the finance council and continues volunteer service as a lector. He is a member of the board of the Montecito Retirement Association, the operators of the Casa Dorinda retirement community. Mr. Toomey is an avid reader, an amateur history and architecture buff, especially of U.S. Presidencies, and maintains biographies of nearly every president in his personal library. 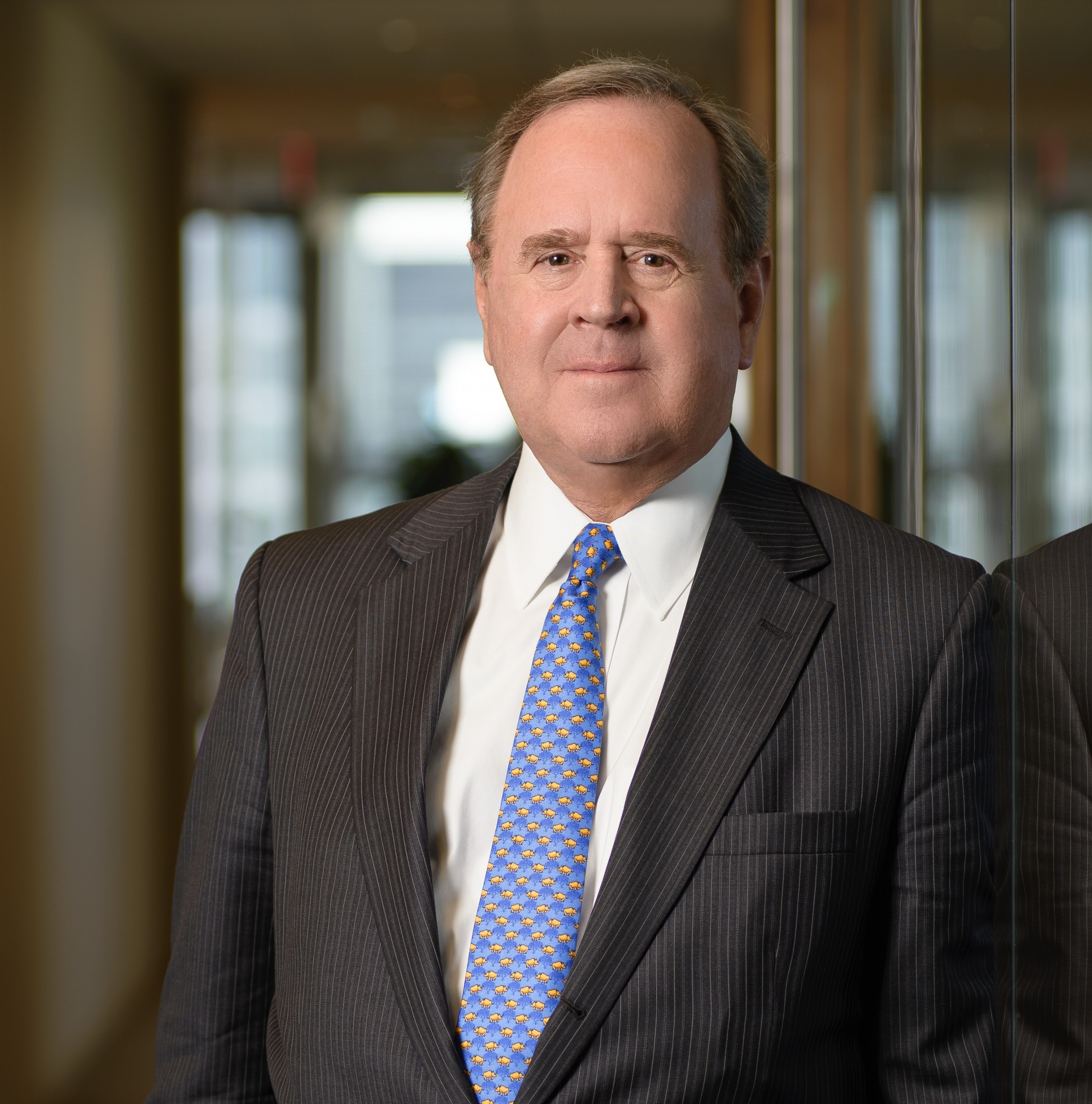 Mr. Walton received an A.B. from Princeton University and an MBA from Harvard Business School.

The Thomas Jefferson Foundation was incorporated in 1923 to preserve Monticello, the home of Thomas Jefferson, in Charlottesville, Virginia. Today, the Foundation seeks to bring history forward into national and global dialogues by engaging audiences with Jefferson’s world and ideas and inviting them to experience the power of place at Monticello.  Monticello is recognized as a National Historic Landmark, a United Nations World Heritage Site and a Site of Conscience. As a private, nonprofit organization, the Foundation’s regular operating budget does not receive ongoing government support to fund its twofold mission of preservation and education. For information, visit Monticello.org.