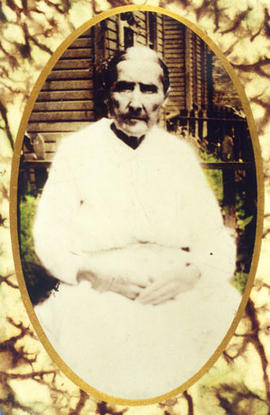 One of the most revealing sources about the Hemings family and life at Monticello is a newspaper publication of the recollections of Madison Hemings in 1873. In it he referred many times to his father, Thomas Jefferson, and he passed this family history on to his children. His descendant Shay Banks-Young remarked, “A lot of us wouldn’t even have our history about the Hemings line if it weren’t for him.”

According to the terms of Jefferson’s will, Madison Hemings became free in 1827, at the same time as his brother Eston. They left Monticello with their mother, Sally Hemings, to live in the town of Charlottesville, where they purchased a lot and built a brick house. The brothers were both skilled woodworkers and both married free women of color.  In the late 1830s, after their mother’s death, Madison and Eston Hemings and their families left Virginia for southern Ohio. From that moment their lives took different courses. 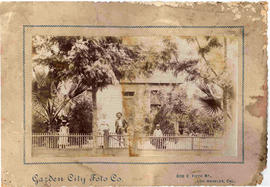 Eston Hemings lived in a town, Chillicothe, and at mid-century left Ohio for Wisconsin and passed forever into the white world. Madison and Mary McCoy Hemings raised their family on a farm and were members of the African American community throughout their lives. Most of their children remained in rural southern Ohio. Only two, their daughters Mary Ann Johnson and Ellen Roberts, left the state. Ellen and Andrew J. Roberts became “pioneers” in southern California, thriving in the urban atmosphere of Los Angeles. Their son Frederick M. Roberts was the first black member of the California legislature. 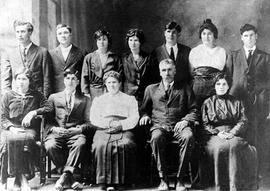 Because Ellen Hemings married a much darker man, the racial identity of her children was unambiguous. Her siblings and their descendants, however, constantly had to negotiate issues of identity because of their appearance. Madison Hemings’s sons served in white Union regiments in the Civil War, and were listed sometimes as white and sometimes as black in censuses. In each generation some family members passed for white, while others sought spouses who, like them, looked white but strongly identified with the black community. Today, as one of Madison Hemings’s descendants said, “We simply always accepted that we’re who we are....We look like the Rainbow Coalition when we get together.”