The vegetable and fruit gardens lay just south of Mulberry Row and were surrounded by a ten-foot high wooden (or "paling") fence. Designed to keep deer and other foragers out, the boards were placed "so near as not to let even a young hare in."

But Jefferson also employed a number of other fencing methods. The Fruitery, for instance, was enclosed with a variety of materials during Jefferson's fruit-growing career: board fences, living hawthorn hedges, and even ditches that functioned as cattle guards (also known as a Ha Ha). 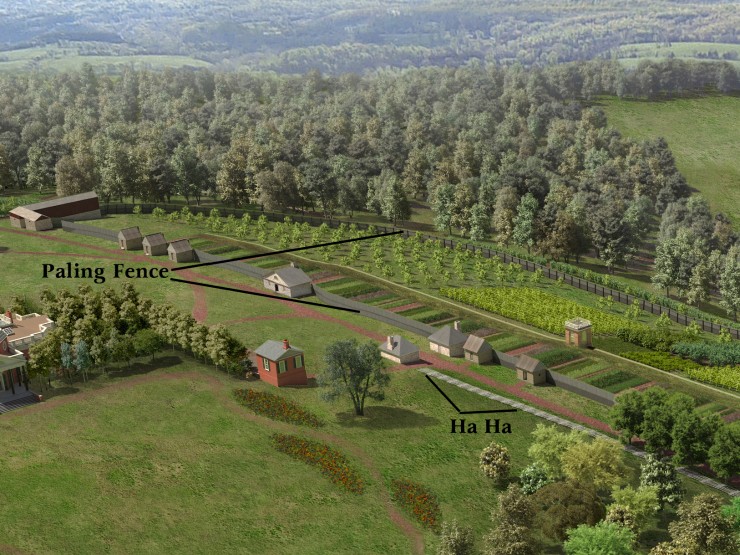 The most ambitious enclosure was the paling fence. Ten feet high, the fence extended nearly three quarters of a mile around the entire complex. Although the paling gates were secured with a lock and key, overseer Edmund Bacon recalled fruit fights that arose when a band of schoolboys, rivals to Jefferson's grandson Thomas Jefferson Randolph, broke down the palings and "did a great deal of damage" while pelting each other with unripe apples and peaches. Although most orchards were fenced in the nineteenth century, it was customary for travelers through Virginia to help themselves to bearing fruit. Wayside orchards were considered part of the common domain.