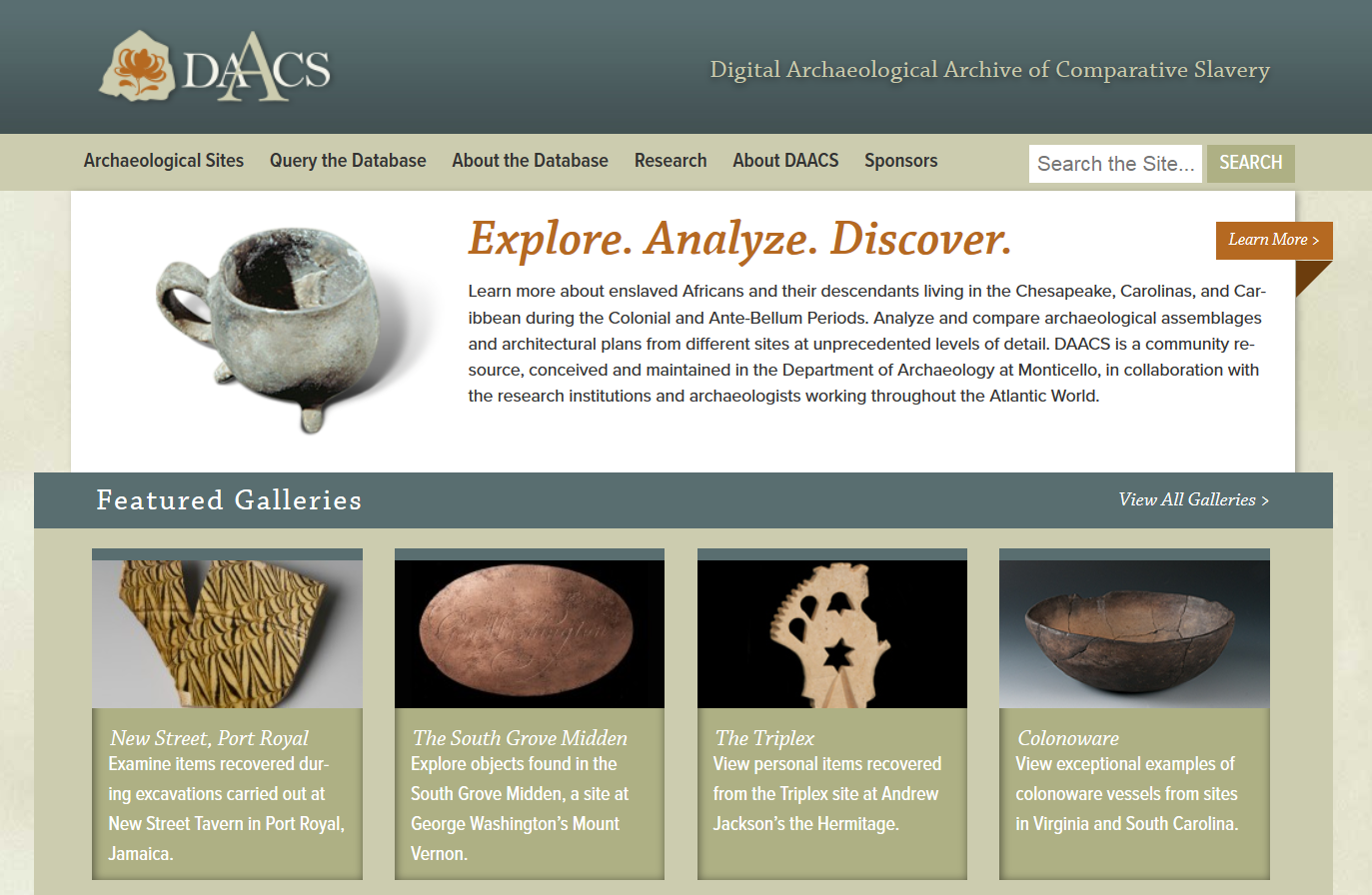 CHARLOTTESVILLE, VA – The National Endowment for the Humanities recently announced a $325,000, two-year grant to archaeologists at Thomas Jefferson’s Monticello. The grant, titled “Expanding the Digital Archaeological Archive of Comparative Slavery Research Consortium,” will allow Monticello to strengthen an international consortium of researchers working to collect, analyze and share archaeological data from the slavery-based societies that evolved in the Chesapeake, the Carolinas and the Caribbean during the early-modern era (c. 1500-1860). The grant will support major improvements to the open-source database infrastructure that supports the Digital Archaeological Archive of Comparative Slavery (DAACS), as well as training in its use. 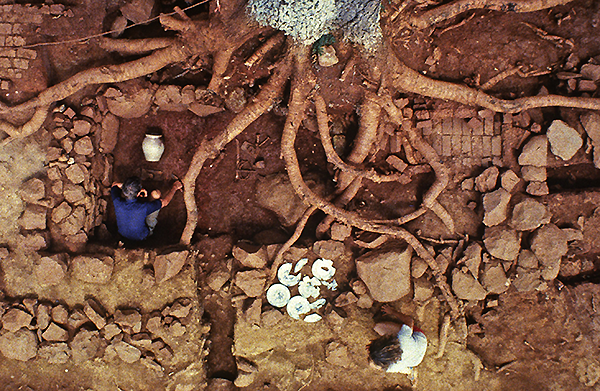 Over the last 30 years, Monticello has received more than a dozen highly competitive peer-reviewed grants from the NEH – totaling more than $3.5 million – in support of a range of programs, including archaeology, the restoration of Mulberry Row, and various exhibitions, lectures and publications. "We are honored by the NEH’s continued support for Monticello’s archaeological initiatives,” said Fraser Neiman, director of archaeology at Monticello. "”Expanding the DAACS Research Consortium” is an important step to our overall goal: to facilitate the kind of rigorous, quantitative, and comparative analysis that will help us document and explain variation in the experience of enslaved people in the early-modern era.”

The new infrastructure will allow participants to more efficiently share data among institutions and with the public via the DAACS website (www.daacs.org). Monticello archaeologists will join technical partners from the Institute for Advanced Technology in the Humanities at the University of Virginia and from Convoy, Inc., a Charlottesville-based web development firm, to optimize the protocols and the software that researchers use to enter their data into the DAACS database, as well as the website’s ability to share data with the public. Planned improvements, like new search functionality and download capabilities, will respond to rapid growth in the number of archaeological sites whose data reside in DAACS.

The award is a NEH Digital Humanities Advancement Grant, a program that supports the implementation of innovative digital humanities projects that have successfully completed a start-up phase and demonstrated their value to the field. In addition to the $325,000 outright award, the NEH also announced a matching grant of $50,000 for the “Expanding the DAACS Research Consortium initiative.”

“These strategic investments in technology and training will make new kinds of scholarly collaboration and data sharing possible,” said Jillian Galle, DAACS project director and principal investigator for the grant. “The NEH grant will empower members of the DAACS Research Consortium to increase the accuracy, openness and reproducibility of our archaeological research.”

“Expanding the DAACS Research Consortium” builds on previous work by DAACS. DAACS provides standardized data on millions of artifacts and the archaeological contexts in which they were found from more than 80 excavated archaeological sites from early-modern slave societies, including all sites excavated at Monticello. DAACS data conforms to a single set of measurement protocols, making possible the kind of systematic quantitative analysis that fosters exploration of differences among sites excavated by different archaeologists. This allows researchers to discover temporal and regional trends in the data and evaluate competing explanation for their historical meaning.

The Thomas Jefferson Foundation was incorporated in 1923 to preserve Monticello, the home of Thomas Jefferson, in Charlottesville, Virginia. Today, the foundation seeks to share Jefferson’s world, his ideas and the relevance of history with a national and global audience. Monticello is recognized as a National Historic Landmark and a United Nations World Heritage Site. As a private, nonprofit organization, the foundation’s regular operating budget does not receive ongoing government support to fund its twofold mission of preservation and education. About 440,000 people visit Monticello each year. For information, visit Monticello.org.

About the Digital Archaeological Archive of Comparative Slavery

Established by the Thomas Jefferson Foundation in 2000 and based in the department of archaeology at Monticello, DAACS is a web-based initiative providing free access to archaeological data in order to foster inter-site comparative archeological research on slavery. DAACS has received major funding from the Andrew W. Mellon Foundation, The National Endowment for the Humanities, Save America’s Treasures, The National Science Foundation and the Reed Foundation. For information, visit www.daacs.org.