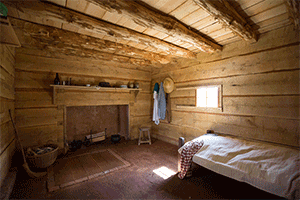 CHARLOTTESVILLE, VA – On September 17th, the Thomas Jefferson Foundation at Monticello will host a public summit on “Memory, Mourning, Mobilization: Legacies of Slavery and Freedom in America” as the capstone of Human/Ties, a multi-day event organized with the University of Virginia to celebrate the 50th Anniversary of the National Endowment for the Humanities.

“We believe this summit will inspire frank, far-ranging dialogue on the history of slavery and its meaning in today’s conversations on race and equality,” said Leslie Greene Bowman, president and CEO of the Thomas Jefferson Foundation at Monticello. “We are honored to host this conversation on the grounds of Thomas Jefferson’s plantation, a deeply meaningful site that reflects the duality of the American story.”

The event will bring together historians, artists, activists and cultural leaders, as well as descendants of those once enslaved at Monticello, to consider how the history of slavery in the United States shapes contemporary issues of race, citizenship and equality. Monticello, a United Nations World Heritage site, was once home to hundreds of enslaved people. Over his lifetime, Thomas Jefferson, author of the Declaration of Independence and founder of the University of Virginia, owned more than 600 slaves on several plantations.

“We’re interested in the role that public monuments and sites such as Monticello play  in the history of our nation and its future,” said Chad Wellmon, associate professor of German Studies at the University of Virginia, and Chair of the Human/Ties planning committee. “How might one of the best studied and best-preserved plantations in America help us to not only mourn and memorialize the past, but also advance our conversations about the ongoing struggle for racial justice?”

For more than two decades, the National Endowment for the Humanities has been a generous benefactor of various historical and educational initiatives at Monticello. Projects supported by NEH grants include the 1993 “Worlds of Thomas Jefferson” exhibition; the construction of Monticello’s Visitor Center; efforts to reveal the landscape of slavery through the restoration of Mulberry Row and Monticello’s dependencies; and the groundbreaking digitization of archaeological research through the Digital Archaeological Archive of Comparative Slavery (DAACS). Through support for these and other initiatives, the NEH has advanced Monticello’s longstanding efforts to study and share the histories of the enslaved men, women, and children who lived and labored on the plantation. The September 17th summit will be grounded in their stories.

“Monticello is an essential place to reflect on the legacy of slavery in America, Bowman said. “We honor the hundreds of enslaved individuals who made Monticello possible, and invite you to join us on September 17, when we will trace the arc of American history, and the challenges of race and equality, from their lives to the present day.”

The summit serves as the capstone of the larger, four-day forum in celebration of the 50th Anniversary of the NEH that will demonstrate how the humanities shape urgent issues of our time with a focus on five core topics: war, race, the environment, citizenship and technology.

This event will be open to the public, and will also be streamed online.

The Thomas Jefferson Foundation was incorporated in 1923 to preserve Monticello, the home of Thomas Jefferson, in Charlottesville, Virginia. Today, the foundation seeks to engage a national and global audience in a dialogue with Jefferson’s ideas. Monticello is recognized as a National Historic Landmark and a United Nations World Heritage Site. As a private, nonprofit organization, the foundation’s regular operating budget does not receive ongoing government support to fund its twofold mission of preservation and education. About 440,000 people visit Monticello each year. For information, visit monticello.org.