Monticello Welcomes New Members to Board of Trustees

CHARLOTTESVILLE, VA – The Thomas Jefferson Foundation, the private, nonprofit organization that owns and operates Monticello, announces the election of Dr. L.D. Britt and Mr. Peter J. Coolidge to its Board of Trustees.

“Monticello is fortunate to have these outstanding individuals join the board,” said Leslie Greene Bowman, president and CEO of the Thomas Jefferson Foundation. “The leadership strength and experience of our board draws from the academic, nonprofit and corporate fields and extends our reach and vision to engage a national and global audience in a dialogue with Jefferson’s ideas.”

L.D. Britt, M.D., M.P.H., is the Henry Ford Professor and Edward J. Brickhouse Chairman of Surgery at Eastern Virginia Medical School in Norfolk. A practicing surgeon, Dr. Britt is the first African American in the U.S. to hold an endowed chair in surgery and is the past President of almost every major surgical organization in the country, including the American College of Surgeons (the world’s largest organization of surgeons) and the American Surgical Association. He was appointed by Governor Terence R. McAuliffe to the Board of Visitors at the University of Virginia, was a member of the university’s Jefferson Scholars Regional and National Selection Committees and is the Trustee Emeritus of the university’s College and Graduate School of Arts & Sciences Foundation.

Dr. Britt is a former regent of the Uniformed Services University of the Health Sciences in Bethesda, a position to which he was nominated by President George W. Bush. He is actively involved in numerous community organizations and is the recipient of multiple awards, including the NAACP Man of the Year Award for Hampton Roads. Dr. Britt has the distinction of receiving the highest honor given by each of the Royal Colleges in the United Kingdom – England, Edinburgh, Ireland and Glasgow. He received his bachelor’s degree from the University of Virginia and is a graduate of the Political Leaders Program at the University of Virginia Sorensen Institute for Political Leadership. He earned a medical degree and a master’s in public health from Harvard Medical School and the Harvard School of Public Health, respectively. Dr. Britt is married to Dr. Charlene Britt. They live in Suffolk and have a daughter.

Peter Jefferson Coolidge is a portfolio manager focused on special situations strategies at Deltec Special Situations Partners, LP. He is also one of the founders of Angie’s List, a provider of internet information and content, and was on its board of managers for 15 years. For nine years, Mr. Coolidge was a member of the board of trustees of the Holderness School, a private college-preparatory school in Holderness, New Hampshire, from which he graduated in 1982. He is a member of the Alumni Board of the Harvard Business School and is on the investment committee of the Squam Lakes Conservation Society, of which he previously served as a trustee. For two years Mr. Coolidge and his wife, Faith, served as Co-Chairs of the Monticello Cabinet. The Coolidges are William Cullen Bryant Fellows at the Metropolitan Museum of Art in New York and serve on the Chairman’s Council of the American Friends of Versailles.

Mr. Coolidge attended Harvard College and Hunter College and received a Master’s in Business Administration from Harvard Business School in 1992. Mr. Coolidge is a descendant of Thomas Jefferson. Peter and his wife live in New York City with their two teenage daughters. 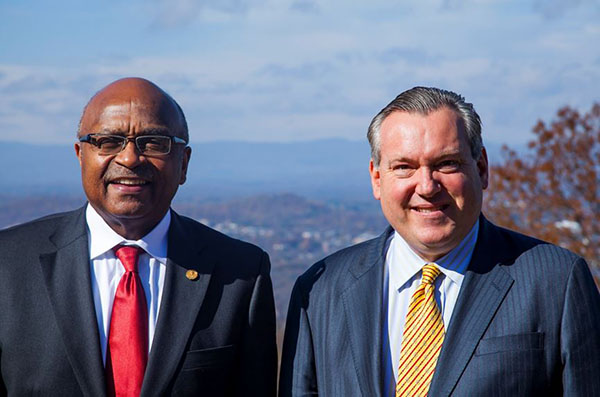