76 people from 40 countries to become U.S. citizens at Monticello on July 4 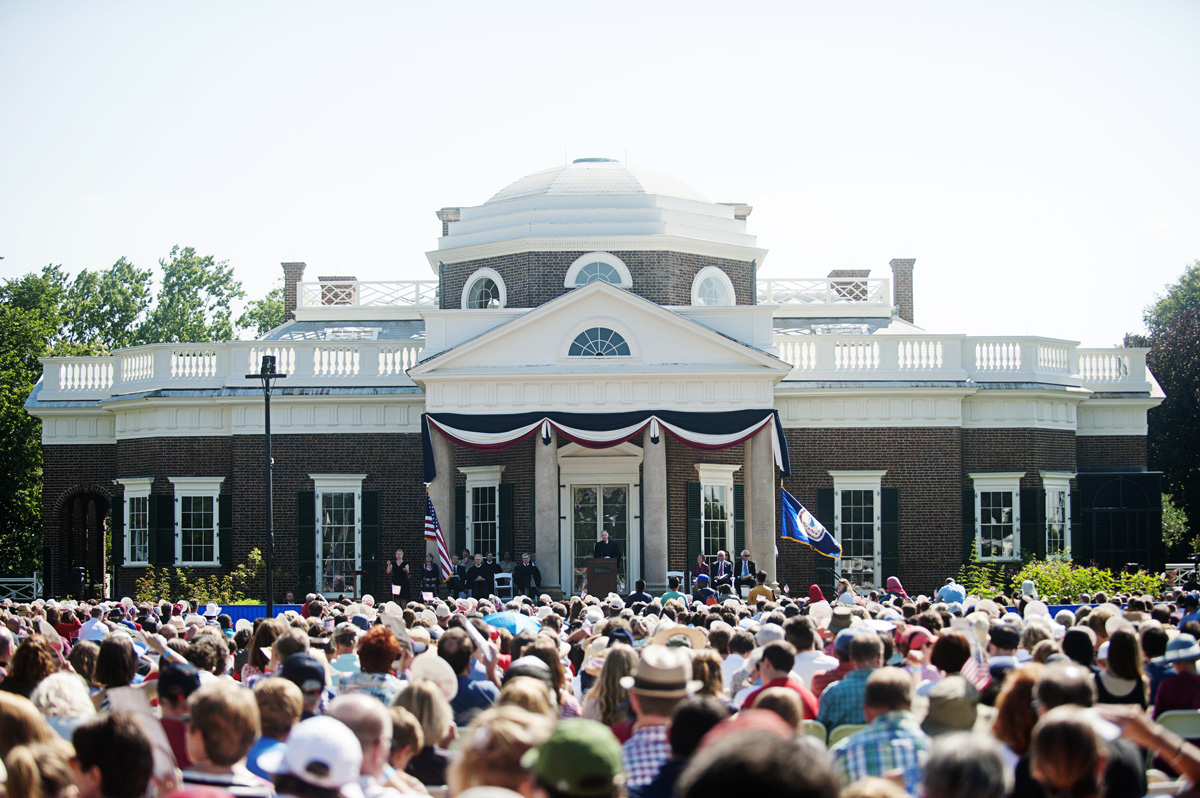 CHARLOTTESVILLE, VA – The 2016 Naturalization Ceremony and Independence Day Celebration at Monticello marks the 240th anniversary of American independence. This year, 76 people from 40 countries will become citizens at the naturalization ceremony at Monticello, the oldest continuous naturalization ceremony that takes place outside of a courtroom. Citizens of long standing attending the event will be invited to reaffirm their citizenship by taking the Sworn Again oath.

For the first time, the Independence Day Celebration at Monticello will incorporate the Sworn Again oath into its program. Working to revitalize citizenship, Sworn Again strives to inspire American citizens to reaffirm their citizenship. At the ceremony, new citizens and fellow guests will be invited to take the oath on the historic West Lawn.

Following the ceremony, guests are invited to enjoy a Jeffersonian Open House with free walkthrough tours and complimentary Coke Floats. Patriotic music at the event will feature Baritone Corey Crider, principal at Ash Lawn Opera and Emile De Becque in South Pacific; the Lewis and Clark Fife and Drum Corps; the Municipal Band of Charlottesville; and the U.S. Army Chorus.

Monticello asks that guests carpool to Piedmont Virginia Community College (PVCC) where transportation will be provided to and from Monticello. Reservations for the shuttle are recommended. Guests are asked to arrive 30 minutes in advance of their shuttle boarding time to allow time for parking and security screening. To ensure the most expedient transportation to the ceremony, guests are asked to please leave bags and backpacks at home or in their cars.

Regular tours of Monticello will resume at 1:30 p.m. on July 4, 2016. During the morning of July 4, 2016, access from the Saunders-Monticello Trail to the Saunders Bridge and trails to the David M. Rubenstein Visitor Center will be closed during the Independence Day Celebration and Naturalization Ceremony at Monticello. Trail access to the bridge will re-open immediately following the ceremony.