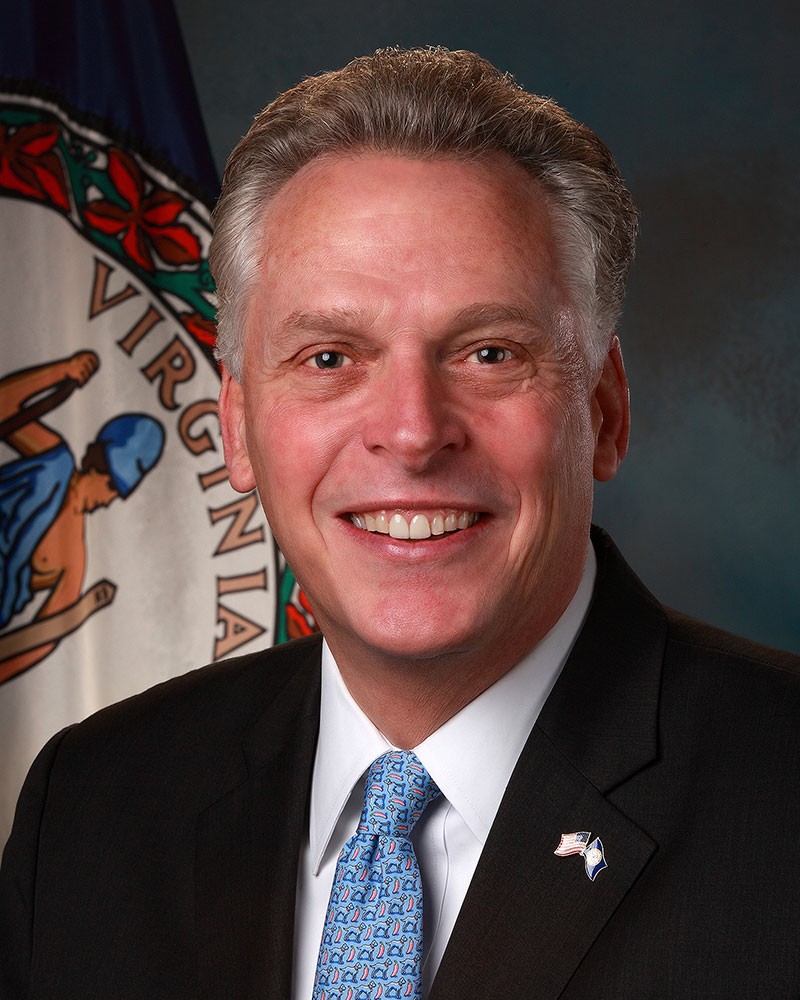 CHARLOTTESVILLE, VA— Monticello announced today that the Honorable Terence R. McAuliffe, Governor of the Commonwealth of Virginia, will be the featured speaker at its 53rd Annual Independence Day Celebration and Naturalization Ceremony, the oldest continuous naturalization ceremony held outside of a courtroom in the United States.

The youngest of four boys, Governor McAuliffe knew he would need to help pay his way through college. So, at age 14, he started a business paving driveways for neighbors and local businesses. Since then, he has worked with and led numerous businesses in diverse sectors of the economy.

As governor, McAuliffe has made economic development his number one priority. Since taking office he has traveled twice to China as well as to Japan, South Korea and the United Kingdom. In addition to his work creating and maintaining jobs for the Commonwealth, McAuliffe has promoted bi-partisan transportation stewardship, measures to restore trust in government, education reform and expanded health care initiatives.

“We are honored to welcome Virginia’s 72nd governor to the home of its second governor, Thomas Jefferson,” said Leslie Greene Bowman, president and CEO of the Thomas Jefferson Foundation at Monticello. “As an advocate for economic opportunity, Governor McAuliffe is the ideal leader to inspire our newest citizens as they become Americans.”

The Naturalization Ceremony begins at 9 a.m. EDT. The ceremony is free and open to the public. Visitors interested in attending the ceremony should visit www.monticello.org/july4. Reservations are recommended, but not required.

Following the ceremony, visitors can enjoy a Jeffersonian open house with ice cream and free walk-through tours (with registration).

For those who cannot attend in person, the ceremony and speech will be live-streamed starting at 9 a.m. on July 4 at www.monticello.org.

About Monticello
The Thomas Jefferson Foundation was incorporated in 1923 to preserve Monticello, the home of Thomas Jefferson, in Charlottesville, Virginia. Today, the foundation seeks to engage a national and global audience in a dialogue with Jefferson’s ideas. Monticello is recognized as a National Historic Landmark and a United Nations World Heritage Site. As a private, nonprofit organization, the foundation’s regular operating budget does not receive ongoing government support to fund its twofold mission of preservation and education. About 440,000 people visit Monticello each year. For information, visit www.monticello.org.