Labeled by Jefferson as "C. is a joiner's shop" in the 1796 Mutual Assurance Plat. 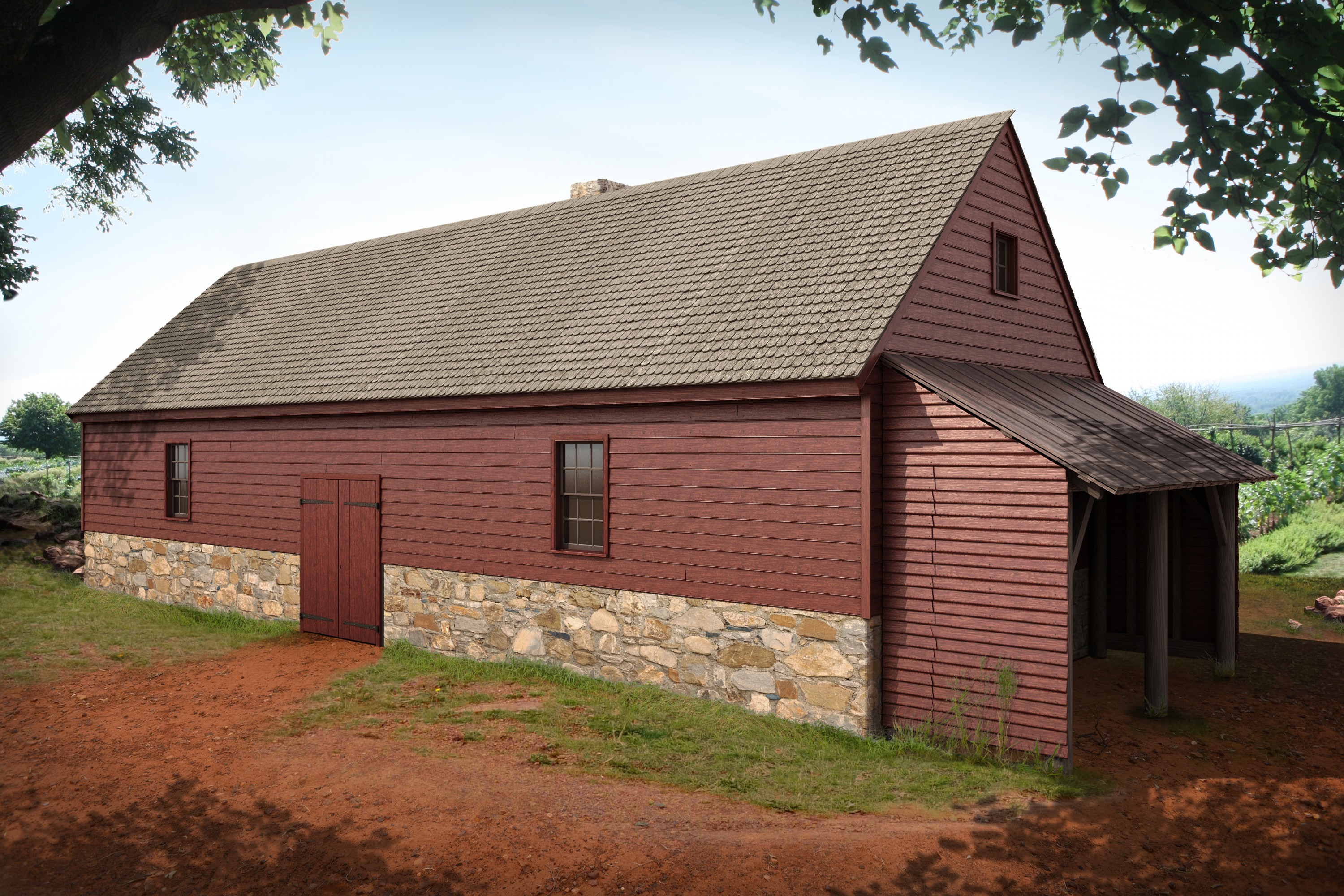 A chimney and foundation are all that remain of the joiner’s shop,  which Jefferson described as “57. feet. by 18. feet, the underpinning and chimney of stone, the walls and roof of wood.”  From about 1775, free and enslaved workmen produced some of the finest architectural woodwork in Virginia as well as carriages and furniture in this workshop.  “There is nothing superior in the U.S.,” Jefferson pronounced of the work of the joiners, who used hand planes, chisels, saws, lathes, and other specialized  tools to make doors, balusters, sashes, and other items. Woodworking skills were passed from James Dinsmore and other hired white joiners to enslaved apprentices like John Hemmings, who then trained a younger generation of artisans, including his nephews, Eston and Madison Hemings.  The shop, which Jefferson insured for $320 in 1800, likely became “tottering remains” by the 1830s.