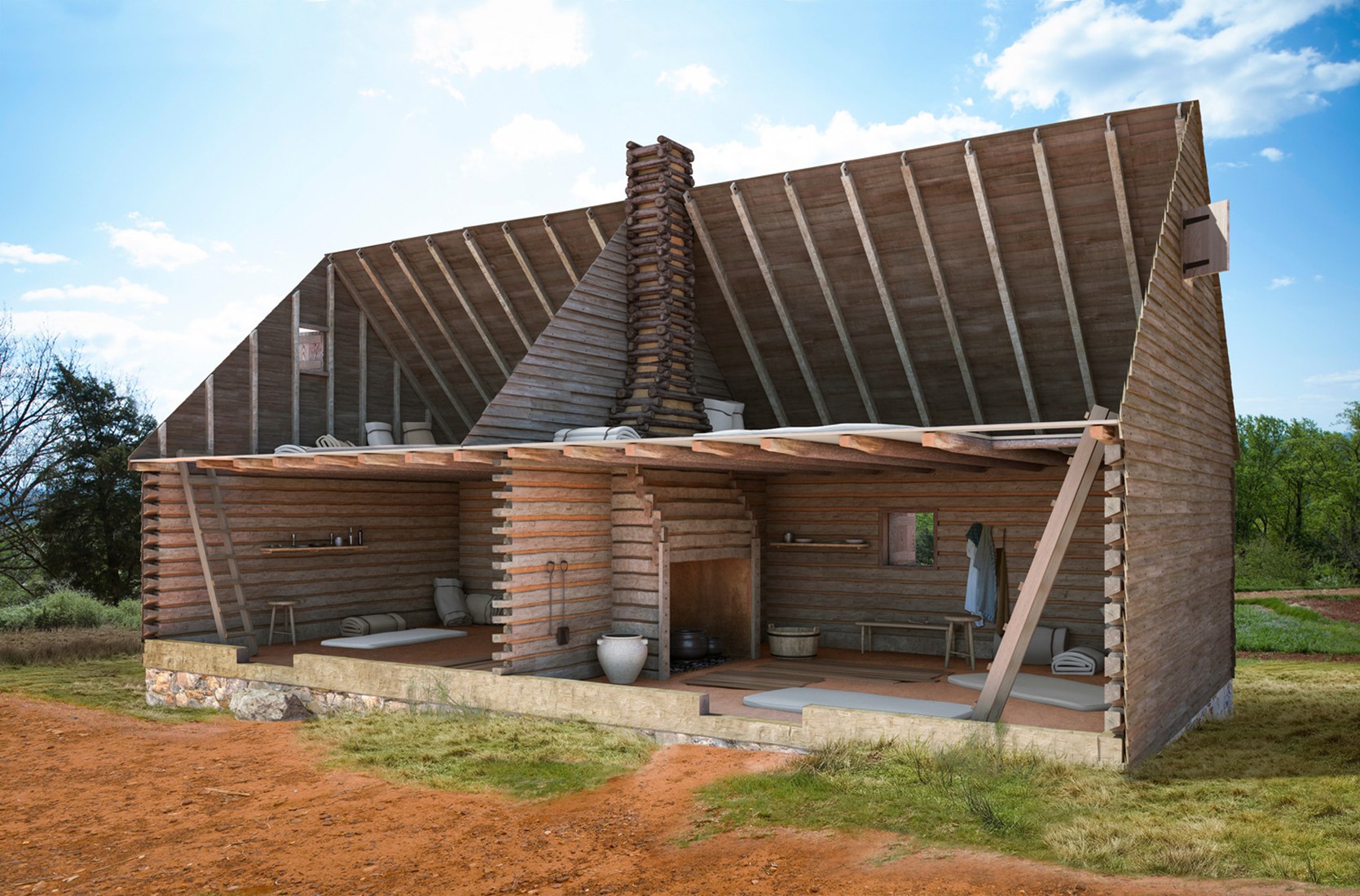 Digital model of the interior of the "Negro Quarter." Digital image by Rendersphere, LLC

Constructed in the early 1770s, this 17 x 34-foot log structure was a multi-family dwelling for enslaved people on Mulberry Row. Jefferson intended that several unrelated families reside here, including those of George and Ursula Granger as well as Jupiter and Suck. Archaeological evidence suggests that at least four families or kinship groups lived together in this dwelling before it burned around 1790.Later, three identical, single-family 12 x 14-foot log “servants houses” were constructed in its place; buildings r, s, and t were intended for enslaved house servants and artisans, principally members of the Hemings family.