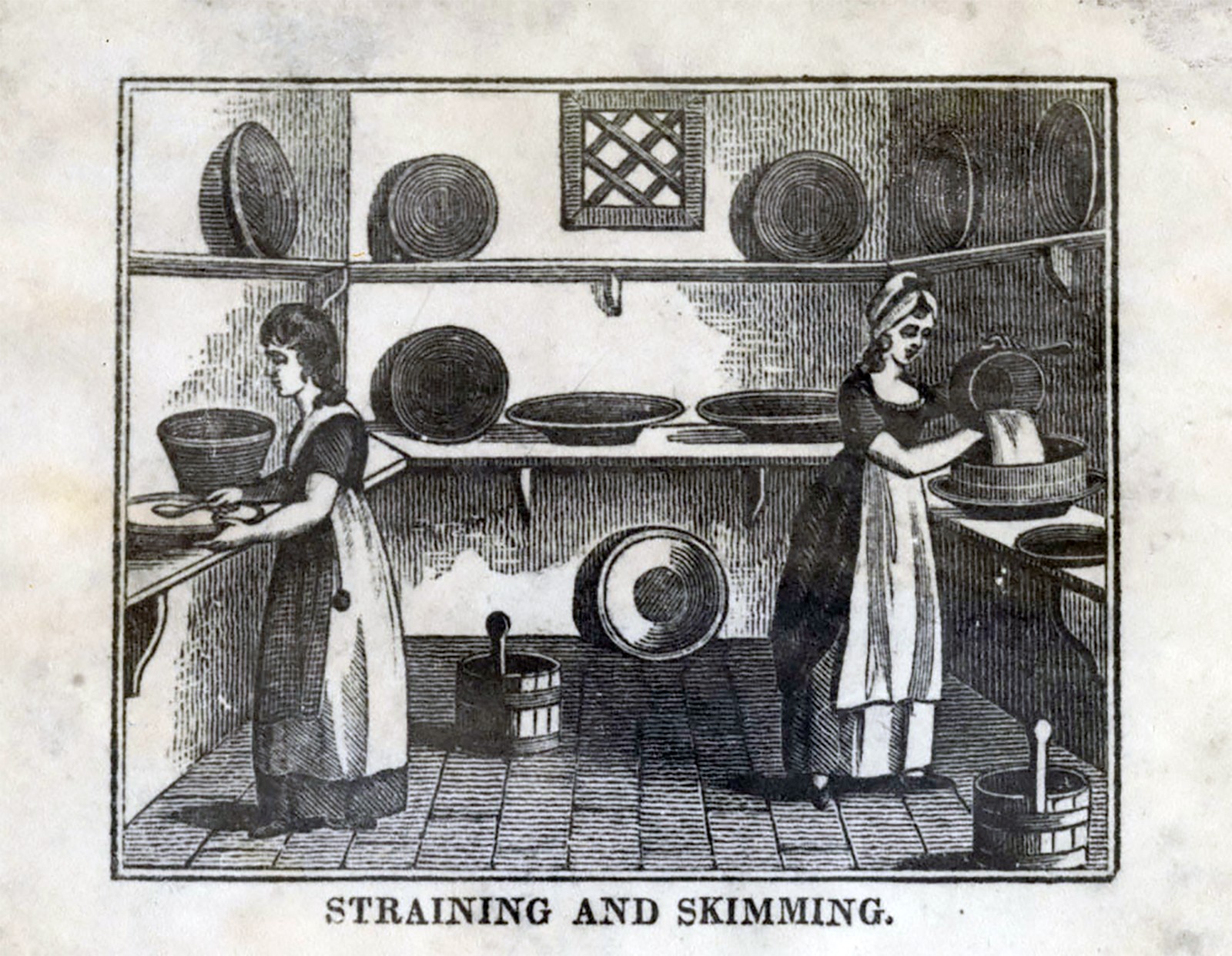 Ursula Granger, acting as a dairymaid, would have cooled milk and made butter in the dairy. To make butter, she let the milk sit in a shallow pan until the cream rose to the surface. She collected the cream and churned it until it separated into chunks of butter and buttermilk. Granger then strained the buttermilk and collected the butter, which she rinsed off and mixed with salt to preserve it. She stored the buttermilk in the dairy until it was needed by the cooks.