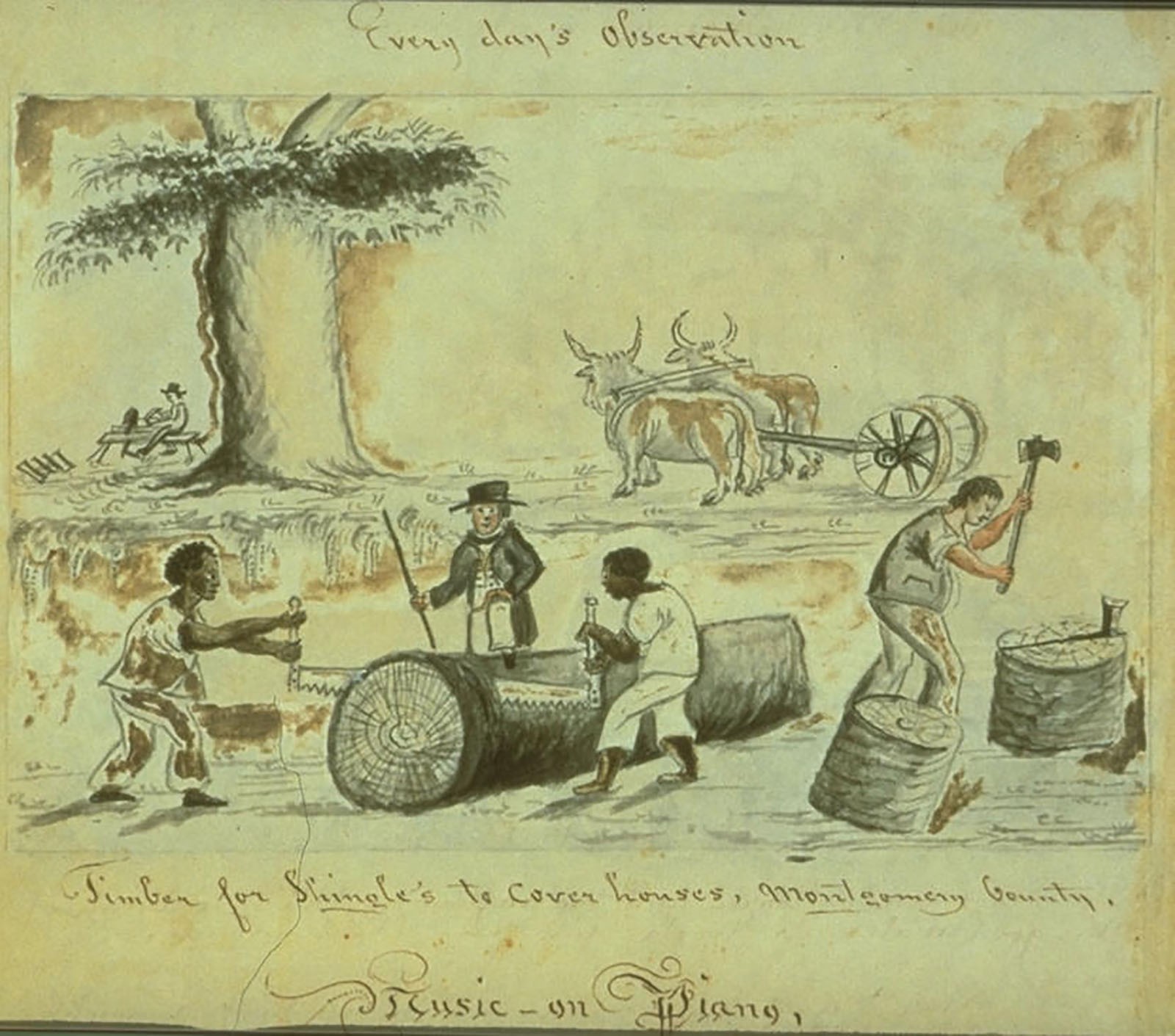 After felling oak, beech, cherry, poplar, walnut, chestnut, locust, and pine trees in the nearby forest  and stripping them of bark, out carpenters brought the timbers to the saw pit on Mulberry Row.  The pit was a shallow depression in the ground with a wooden frame placed over it.  David Hern and Phill, both enslaved sawyers, used chalk to draw vertical lines on the timbers; these lines served as guides for the saw.  They then positioned a piece of timber on the frame over the pit.  The “pit man” lay on his back under the timber while the other sawyer stood on the frame over it.  They used a two-handled saw to cut the wood vertically into planks