The Thomas Jefferson Foundation Medals recognize the achievements of those who embrace endeavors in which Jefferson, author of the Declaration of Independence and third U.S. president, excelled and held in high regard.

The awards are presented annually on Jefferson's birthday – April 13, known locally as Founder’s Day – by U.Va., which he founded in Charlottesville in 1819, and by the  Thomas Jefferson Foundation, the independent, nonprofit organization that owns and operates his home, Monticello. This year, April 13 falls on a weekend, so the medals will be presented April 12.

“The range of achievements by this year’s medal recipients reinforces Thomas Jefferson’s belief in ‘the illimitable freedom of the human mind,’” U.Va. President Teresa A. Sullivan said. “The Thomas Jefferson Foundation Medals, now in their 47th year, celebrate these leaders, all of whom have dedicated their vision and talents to the public good.” The medals are the highest external honors bestowed by the University, which grants no honorary degrees.

“We are so pleased to welcome the 2013 medalists,” said Leslie Green Bowman, president and CEO of the Thomas Jefferson Foundation. “As Jefferson once counseled, ‘honesty, knowlege & industry are the qualities which will lead you to the highest emploiments of your country, & to it’s highest esteem.’ These same qualities describe this talented group of Thomas Jefferson Foundation medalists who exemplify the best and brightest in their fields and who, like Jefferson, shape the world we live in through their leadership.”

Bowman and Sullivan will present the medals, struck for the occasion, at a luncheon in Garrett Hall. The recipients will be honored at a dinner at Monticello on April 11, and each will give a free public talk at U.Va. (Details below.)

Kopp will also be the featured speaker at Monticello's commemoration of Jefferson's 270th birthday, on April 12 at 10 a.m. on the West Lawn of Monticello. The celebration is free and open to the public.

The first words on the website of OLIN, Laurie Olin’s firm, read, “Landscape requires stewardship.” It is this sense of responsibility, connection and a deliberate integration between cultural and natural worlds that has made Olin one of the world’s best-known landscape designers.

With increased attention to sustainability and environmental concerns, landscape architects now lead teams of urban planners and architects in developing new outdoor space and reconfiguring existing designs. OLIN is at the forefront of this movement, with completed projects across the country and in Europe.

From vision to realization, Olin has guided many of OLIN’s signature projects, which range from the Washington Monument Grounds in Washington, D.C., to Bryant Park in New York City.

His recent projects include the new Barnes Foundation in Philadelphia and Simon and Helen Director Park in Portland, Ore.

Closer to home, Olin was the designer of the University of Virginia’s Betsy and John Casteen Arts Grounds.

Negotiating the tension between the poetry of landscape and landscape architecture as a useful art, he has posited a “circular iteration” between the two; a holistic and complex dialectic charging everything from the shape of a curb to the fractal nature of a city.

“Laurie Olin is one of the most revered landscape architects of our time,” said Kim Tanzer, dean of U.Va.’s School of Architecture. “He is an inspiring teacher, an extraordinarily talented and prolific designer, and an international thought leader in environmental design. From his drawings and writings to his built projects, he has set an amazing example for several generations of landscape architects. We are thrilled he will become the 2013 Thomas Jefferson Medalist in Architecture.”

The School of Architecture will host a public talk by Olin on April 12 at 3 p.m. in Old Cabell Hall Auditorium. 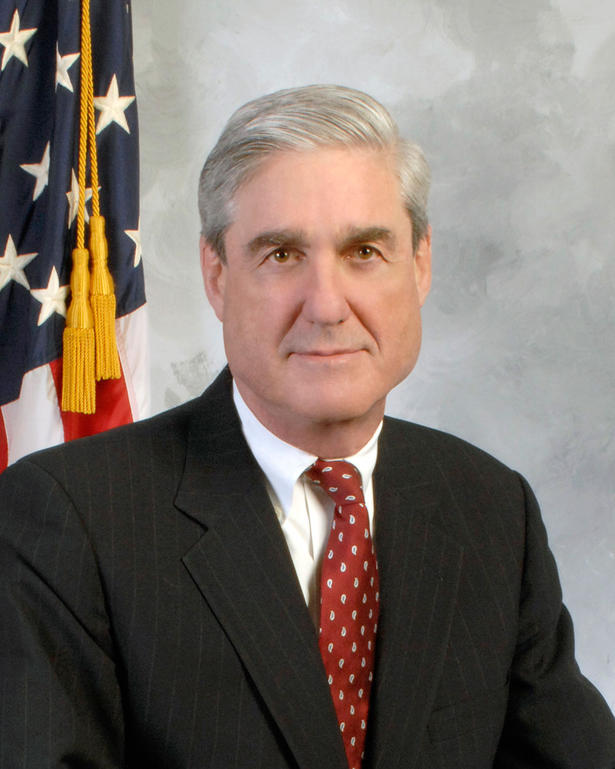 President George W. Bush nominated Robert S. Mueller III to serve as the sixth director of the FBI, and Mueller took office on Sept. 4, 2001, just one week before the Sept. 11 terrorist attacks.

He is poised to step down this year, concluding a 12-year tenure in which he oversaw the transformation of the FBI from a law enforcement agency focused primarily on criminal investigation to a national security service dedicated to preventing terrorism and crime.

Since 1976, FBI directors have been limited by law to a single term of no more than 10 years, but Congress extended Mueller's tenure in 2011 by an additional two years at President Obama's request, making Mueller the longest-serving FBI director since J. Edgar Hoover. At the time, Obama said Mueller had set the “gold standard” for leading the FBI and that his leadership provided stability at a time of threats facing the nation.

As director of the FBI, Mueller oversees an agency with more than 36,000 employees and a fiscal 2012 budget of around $8.2 billion.

“Robert Mueller’s accomplishments are remarkable standing alone, but his integrity, dedication, discipline and humility make him an ideal candidate for the Jefferson Foundation Medal in Law,” said Paul G. Mahoney, dean of the U.Va. School of Law.

After graduating from Princeton University in 1966 and earning a master's degree in international relations from New York University in 1967, Mueller served as a U.S. Marine Corps officer for three years, leading a rifle platoon of the Third Marine Division in Vietnam. He was awarded the Bronze Star, two Navy Commendation Medals, the Purple Heart and the Vietnamese Cross of Gallantry.

Next, Mueller attended U.Va. Law School, where he served on the Virginia Law Review, graduating in 1973. After working as a litigator in San Francisco until 1976, he spent 12 years working in U.S. attorney's offices, first in San Francisco and then in Boston, where he was appointed as an assistant U.S. attorney. Following a stint in private practice as a partner at the Boston law firm Hill and Barlow, Mueller returned to public service in 1989 as an assistant to Attorney General Richard L. Thornburgh. A year later, Mueller took charge of the Justice Department's criminal division.

Mueller became a partner at the Boston law firm Hale and Dorr in 1993, where he specialized in white-collar crime litigation.

In 1995, Mueller joined the District of Columbia U.S. Attorney's Office as senior litigator in the homicide section. In 1998, he was appointed as a U.S. attorney in San Francisco, a position he held until his call to lead the FBI.

The School of Law will host a public talk by Robert Mueller on April 12 at 10 a.m.

In 1989, Wendy Kopp founded Teach For America to marshal the energy of her generation against educational inequity in the United States. She led its development for more than two decades and today continues to contribute actively as chair of the board.

Today, more than 10,000 Teach For America corps members – top recent college graduates of all academic disciplines – are in the midst of two-year teaching commitments in the nation’s highest-need urban and rural regions, reaching more than 750,000 students. Its almost 30,000 alumni continue working for change from inside and outside the classroom, making Teach For America an unparalleled source of long-term leadership for ensuring that all of our nation’s children have the opportunity to fulfill their true potential.

Kopp is also CEO and co-founder of Teach For All, an international network of organizations that are enlisting their nations’ most promising future leaders in a global movement to ensure educational excellence and equity. Just six years into its development, Teach For All is a growing network of 26 independent organizations around the world, building on the successes of its founding partners, Teach For America and the U.K.'s Teach First.

Kopp has been recognized as one of Time magazine’s 100 Most Influential People and is the recipient of numerous honorary degrees and awards for public service. She is the author of two books: “A Chance to Make History: What Works and What Doesn’t in Providing an Excellent Education for All” (2011) and “One Day, All Children: The Unlikely Triumph of Teach For America and What I Learned Along the Way” (2000). She holds a bachelor's degree from Princeton University, where she participated in the undergraduate program of the Woodrow Wilson School of Public and International Affairs. She resides in New York City with her husband Richard Barth and their four children.

“Wendy Kopp has made a profound and enduring commitment to the call for citizen leadership articulated by Thomas Jefferson,” noted Harry Harding, dean of U.Va.’s Frank Batten School of Leadership and Public Policy. “Through her commitment to the ‘big idea’ of Teach For America and her success as a social entrepreneur, she has built an institution that has reached millions of students while growing exponentially the promise of TFA teachers and citizen leaders.”

The Frank Batten School of Leadership and Public Policy will host a public talk by Wendy Kopp on April 11 at 2 p.m. in Old Cabell Hall Auditorium.