Muhtar Kent to be featured speaker at Monticello's July 4 Ceremony 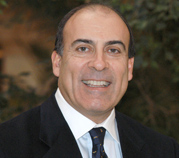 CHARLOTTESVILLE, VA.—Muhtar Kent, Chairman of the Board and Chief Executive Officer of The Coca-Cola Company, will be the featured speaker at Monticello’s 49th annual Independence Day Celebration and Naturalization Ceremony.

The event at the home of Thomas Jefferson begins at 9 a.m. and is open to the public free of charge.

Kent is a dual citizen of the United States and Turkey and someone whose life has been influenced by his travels around the world and shaped by opportunities he has had in the U.S.

“I consider myself an ‘unabashed optimist’ and learned this trait from America itself,” said Kent. “Coca-Cola has grown up right beside America. We have reinvented and renewed ourselves countless times, just like this great nation.”

“Every July 4th, we celebrate the birth of American independence and the legacy of Thomas Jefferson with the naturalization ceremony on the West Lawn of Monticello,” said Leslie Greene Bowman, president and CEO of the Thomas Jefferson Foundation. “Each year we invite a notable American to share their experience with our new citizens. The Coca-Cola Company has been a valued partner in our educational mission and we are delighted to welcome Muhtar Kent to Monticello this Fourth of July.”

The Coca-Cola Company has been a long time supporter of the Thomas Jefferson Foundation’s global education mission. The company’s philanthropy began with support for the creation and distribution of “Discover Jefferson Resource Kits” for teachers and school children, in conjunction with the international commemoration of the 250th anniversary of Jefferson’s birth. Between 1996 and 2007, The Coca-Cola Company provided scholarships to bring international and national Coca-Cola Fellows to the Robert H. Smith International Center for Jefferson Studies.  Since that time, the Coca-Cola Fellows have taught over 5,500 students and published over 71 scholarly articles and 15 books.

This July 4th will mark the 235th anniversary of American independence. Jefferson, the principal author of the Declaration of Independence, died at Monticello on the 50th anniversary, July 4, 1826.