Dave Matthews to be featured July 4 speaker at Monticello 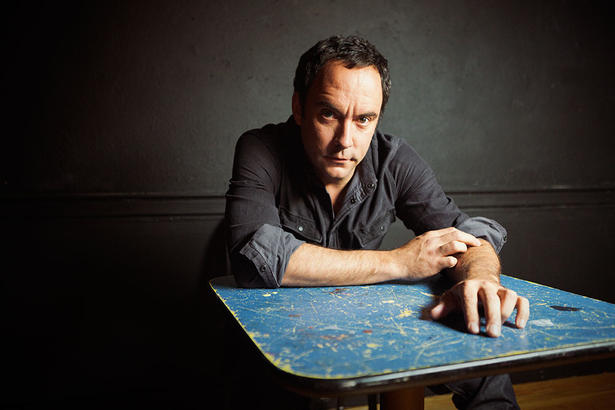 Dave Matthews will be the featured speaker at Monticello on July 4, 2013

CHARLOTTESVILLE, VA—Dave Matthews, best known as the lead vocalist/guitarist for Dave Matthews Band, will be the featured speaker at Monticello’s 51st annual Independence Day Celebration and Naturalization Ceremony—the oldest continuous naturalization ceremony outside of a courtroom in the United States.

Born in Johannesburg, South Africa, on January 9, 1967, Matthews became a naturalized American citizen in 1980. His family moved frequently during his childhood, spending time in the U.S. and England in addition to South Africa, and he credits their travels with widening his frame of reference.

Matthews, who took piano lessons as a child before picking up the guitar at age nine, moved to Charlottesville, Virginia in 1986 and formed Dave Matthews Band in 1991.  The group has sold a collective 37 million CDs and DVDs since the 1994 release of its major label debut, Under the Table and Dreaming and has sold over 18 million tickets since its inception. With the release of 2012’s Away From The World, Dave Matthews Band became the first group in chart history to have six straight studio albums debut atop the Billboard 200.

Although he now resides in Seattle, Washington, Matthews still has close ties to Virginia, where he owns Maple Hill Farm, an organic farm, and Blenheim Vineyards, a winery designed to have minimal impact on the environment.  Matthews has a long history of impactful charitable giving in the Charlottesville community, notably through the band’s Bama Works Fund and the Horton Foundation Fund, both funds hosted by the Charlottesville Area Community Foundation.  In 2004, he joined Willie Nelson, Neil Young and John Mellencamp on the Board of Directors of Farm Aid, a nonprofit organization whose mission is to keep family farmers on their land.  He also serves on the Governing Council of the Wilderness Society, a leading national conservation organization.

“Thomas Jefferson was an accomplished amateur violinist and an avid concertgoer who once declared music as "the favorite passion of my soul." Music was a part of the fabric of Monticello and we are honored to welcome internationally known musician Dave Matthews to Monticello as our July 4th speaker,” said Leslie Greene Bowman, president and CEO of the Thomas Jefferson Foundation at Monticello. “As a naturalized citizen and an advocate for human rights, Dave Matthews is an ideal person to inspire our newest citizens as they become Americans.”

This July 4th will mark the 237th anniversary of American independence. Jefferson, the principal author of the Declaration of Independence, died at Monticello on the 50th anniversary, July 4, 1826.

The event at the home of Thomas Jefferson begins at 9 a.m. Tickets to the ceremony are free and open to the public. Tickets are available online at www.monticello.org/july4 or for pickup prior to July 4th at the Dominion Welcome Pavilion at the David M. Rubenstein Visitor Center.

The Thomas Jefferson Foundation was incorporated in 1923 to preserve Monticello, the home of Thomas Jefferson, in Charlottesville, Virginia. Today the Foundation seeks to engage a global audience in a dialogue with Jefferson’s ideas. Monticello is now recognized as a National Historic Landmark and a United Nations World Heritage Site. As a private, nonprofit organization, the Foundation is not supported by federal or state budgets to fund its twofold mission of preservation and education.  About 450,000 people visit Monticello each year. For information, visit www.monticello.org.