Monticello Scholars and Scholars of the Arab World to Host Jefferson Conference in Rabat, Morocco

Jefferson’s ideas on natural rights to be the focus 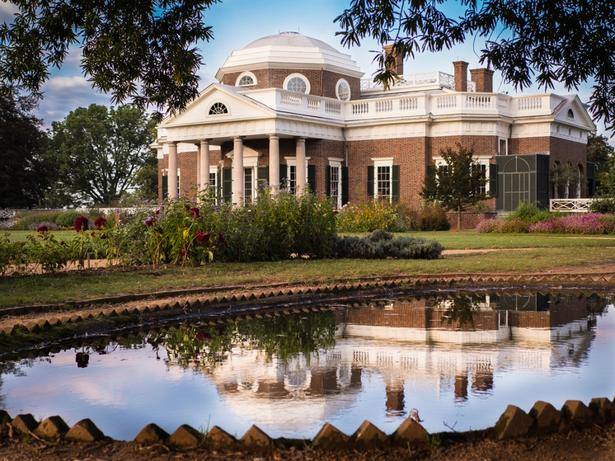 In 1776, Thomas Jefferson, and other revolutionary leaders, founded the American republic on a concept of “natural rights.”  Not merely abstract ideals, Jefferson wrote and discussed the practical need for people to have the ability to realize these rights, and the responsibility of the new American government to protect them.  Apart from the American alliance with France in 1778, Morocco became the first foreign country to sign a formal treaty of friendship with the United States.  Jefferson helped to negotiate the treaty with John Adams, and he was one of the signatories in 1786.

"Jefferson’s works have contributed to setting the foundation of natural human rights, the latter being the fruit of western political experiences of fighting against religious authoritarianism and absolutist rule to realize basic rights of individuals and groups,“ said Nouh El Harmouzi, Director of The Arab Center for Scientific Research & Humane Studies. “There is no doubt that studying this historical experience will be useful in analyzing and understanding the current events in the Arab world, the so called ‘Arab Spring’ and its implications, especially in countries such as Egypt, Syria, Libya, etc. The growing phenomenon of violence, extremism, fundamentalism and exclusion and its spill-over effects make it urgent, more than ever, to protect natural rights and raise awareness of the Arab citizen about their importance as a key lever for development and progress. Aware of the importance of these issues in our region, we’re delighted to collaborate with The Robert H. Smith International Center for Jefferson Studies to organize a first event in Morocco on natural rights in the Arab world. ”

Leading scholars of the early American Republic will set the foundation for discussion at “Natural Rights in the Post-Revolutionary Arab World: Realities & Challenges.”  Panelists include Pulitzer Prize-winning author, Annette Gordon-Reed of Harvard University; Peter Onuf, Thomas Jefferson Foundation Professor Emeritus at the University of Virginia and Senior Fellow at the Robert H. Smith International Center for Jefferson Studies at Monticello; and Frank Cogliano, Dean International for North America and Professor at Edinburgh University. The second and third day sessions of the conference will focus upon the applicability of natural rights to the modern Arab world.

“’Natural Rights in the Post-Revolutionary Arab World’ is exemplary of the ICJS mission to engage in a global dialogue with Jefferson,” said O’Shaughnessy, “we shall introduce the conference with a discussion of Jefferson’s thinking as a way to frame the debate in subsequent sessions of the conference about the current status of natural rights in the Arab world.”

“This first-ever joint conference in Morocco demonstrates Monticello’s continued commitment to global outreach,” said Leslie Greene Bowman, President and CEO of the Thomas Jefferson Foundation. “We are honored to have been invited by the Arab Center for Scientific Research & Humane Studies to discuss Jefferson’s ideas and his perspectives on natural rights with thought leaders in the Arab world.”

The conference will be held at the Golden Tulip Farah Hotel in Rabat, Morocco.  Registration is required. If you are interested in attending, please email arabcenter@arab-csr.org with your name, address, and occupation.

About the Arab Center for Scientific Research & Humane Studies

The Arab Center for Scientific Research and Humane Studies is a legal non-profit, non-partisan, non-governmental think tank located in Rabat, Morocco. We are dedica¬ted to improving the quality of research and public discussion, promote the culture of think tanks and civil society initiatives and empower youth and civil activists and entrepreneurs in the Arab world. We provide new ideas and policy proposals to inform the public debate and provide policy proposals for decision-makers to promote open societies in the MENA region.

About the The Robert H. Smith International Center for Jefferson Studies

The Center is dedicated to fostering scholarship on Jefferson and disseminating findings through research and education. Founded in 1994 by the Thomas Jefferson Foundation, Inc., the private, nonprofit organization that has owned and operated Monticello since 1923, the ICJS has created a network of scholars, teachers, and students who engage a global audience in a dialogue with Jefferson’s ideas. International scholarly conferences constitute a major vehicle for engaging scholars and the general public in discussions of topics of interest to Jefferson.  ICJS has hosted nearly 300 domestic and international scholars.

The Thomas Jefferson Foundation was incorporated in 1923 to preserve Monticello, the home of Thomas Jefferson, in Charlottesville, Virginia. Today the Foundation seeks to advance its twofold mission of preservation and education by engaging a global audience in a dialogue with Jefferson’s ideas. Monticello is now recognized as a National Historic Landmark and a United Nations World Heritage Site. As a private, nonprofit organization, the Foundation’s regular operating budget is not supported by federal or state government funding.  About 450,000 people visit Monticello each year. For information, visit www.monticello.org