Russian-American relations, particularly between 1800-1815, to be the focus

CHARLOTTESVILLE, VA.—Prominent American and Russian historians will gather in Moscow from October 13 to 14, 2011 for a two-day symposium entitled, “Idealism, Statecraft and Foreign Policy in Jeffersonian America and Russia of Alexander I,” at the Russian Academy of Sciences.

The Robert H. Smith International Center for Jefferson Studies at Monticello, the Institute of World History of the Russian Academy of Sciences, and the Russian Association for the USA History Studies have teamed up for the first time to present this symposium that will feature former U. S. Senator, Professor Gary Hart, and Pulitzer prize-winning historian, Professor Gordon S. Wood.  They will be among the twenty American and Russian scholars who will examine Russian-American relations between 1800 to 1815, the attempts of Russia and the United States to counter Napoleon, and the efforts of Thomas Jefferson and Tsar Alexander I to act as enlightened leaders. 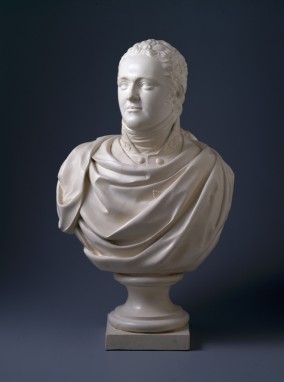 In 1804, President Thomas Jefferson received a plaster bust of Tsar Alexander I of Russia from the American consul general, Levett Harris, in St. Petersburg.  After Alexander I’s ascension to the Russian imperial throne in 1801, Jefferson expressed his optimism that the young ruler represented the values of an enlightened monarchy.  He wrote, “The apparition of such a man on a throne is one of the phænomena which will distinguish the present epoch so remarkable in the history of man.  But he must have an Herculean task to devise and establish the means of securing freedom and happiness to those who are not capable of taking care of themselves.  Some preparation seems necessary to qualify the body of a nation for self-government … Alexander will doubtless begin at the right end, by taking means for diffusing instruction and a sense of their natural rights through the mass of his people, and for relieving them in the meantime from actual oppression.” (Thomas Jefferson to Joseph Priestley, November 29, 1802)

Jefferson was president of the United States during the early part of Alexander’s reign from 1801-1825.  The challenge posed by Napoleon and the attendant international strife disrupted the Enlightenment ideals that these visionaries hoped to realize.  Jefferson later displayed Alexander’s bust in the parlor at his home at Monticello opposite a bust of Napoleon as a testimony to his belief that Alexander was a virtuous and enlightened monarch in contrast to Napoleon’s despotism.  To Alexander, Jefferson wrote, “It will be among the latest & most soothing comforts of my life to have seen advanced to the government of so extensive a portion of the earth & at so early a period of his life a sovereign whose ruling passion is the advancement of the happiness and prosperity of his people; and not of his own people only, but who can extend his eye & his good will to a distant & infant nation …” (Thomas Jefferson to Tsar Alexander I, April 19, 1806).

“This first-ever joint conference in Moscow demonstrates Monticello’s continued commitment to global outreach,” said Leslie Greene Bowman, President and CEO of the Thomas Jefferson Foundation. “We are delighted to have this opportunity to advance Jeffersonian scholarship and dialogue with our Russian counterparts, and to further Russian-American ties.  Jefferson expressed great hopes for Tsar Alexander’s success, calling the monarch ‘the friend of peace, of justice & of human happiness.’  This conference brings together two contemporary heads of state who were men of the Enlightenment.”

“This is the first time Russian and American academicians are gathering to discuss the ideas surrounding government and foreign policy held by Jefferson and Tsar Alexander, as well the historical ties between the United States and Russia,” added Andrew Jackson O’Shaughnessy, the Saunders Director of the Robert H. Smith International Center for Jefferson Studies at Monticello.  “It is also significant that this will be the largest group of foreign scholars we have had in an overseas conference in recent years, with three-quarters of our participants coming from Russian institutions.  The Robert H. Smith International Center for Jefferson Studies is dedicated to stimulating interest in Jefferson’s ideas and in American history outside the United States and this symposium further enlarges our network of scholars around the world.”

About the Robert H. Smith International Center for Jefferson Studies
The Robert H. Smith International Center for Jefferson Studies was founded in 1994 by the Thomas Jefferson Foundation, Inc. (the private nonprofit corporation that has owned and operated Monticello, the mountaintop home of Thomas Jefferson, since 1923), in cooperation with the University of Virginia.  It fosters Thomas Jefferson scholarship and disseminates findings through research and education.  Through a network of scholars, teachers, and resources, it engages a global audience in a dialogue about Jefferson’s ideas and supports a wide range of inquiry and programs in Charlottesville, Virginia, and around the world, including overseas conferences, most recently in Germany, Australia and New Zealand.

Thomas Jefferson Foundation was incorporated in 1923 to preserve Monticello, the home of Thomas Jefferson in Charlottesville, Virginia. Monticello is now recognized as a National Historic Landmark and a United Nations World Heritage Site. As a private, nonprofit organization, the Foundation receives no regular federal or state budget support for its twofold mission of preservation and education.  About 450,000 people visit Monticello each year. For information, visit www.monticello.org.