CHARLOTTESVILLE, VA.—In July 1816, after learning of the death of Filippo Mazzei, his friend for more than four decades, Thomas Jefferson wrote, “An intimacy of 40 years had proved to me his great worth; and a friendship, which had begun in personal acquaintance, was maintained after separation, without abatement by a constant interchange of letters. His esteem too in this country was very general; his early and zealous cooperation in the establishment of our independence having acquired for him here a great degree of favor.”

The Thomas Jefferson Foundation has received a donation of the Mazzei Archive from Sister Margherita Marchione. The Mazzei Archive is the definitive working archive of Filippo (Philip) Mazzei’s papers accumulating facsimiles of nearly 2,500 manuscripts as well as scholarly writings by and about Mazzei.

The Jefferson Library at Monticello will host a special reception to honor Sr. Margherita’s donation and provide the public an opportunity to view the Mazzei exhibition, Tuesday, May 14, 2013 at 4:00 p.m. 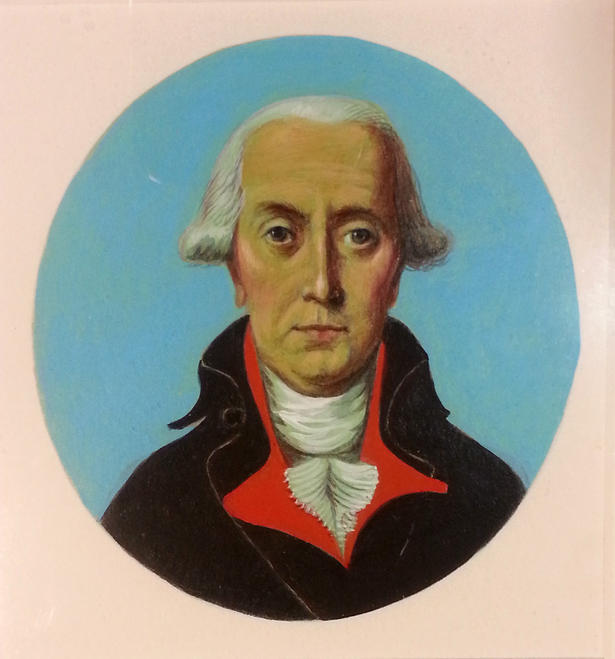 Mazzei was a Florentine merchant, surgeon, horticulturist, and friend of Thomas Jefferson for about 40 years. Mazzei came to Virginia in 1773 to partake in the political life of the Colonies and conduct agricultural experiments. Tuscan winemakers who came to America with Mazzei planted grape vines at Monticello in 1774. Jefferson gave Mazzei 193 acres of land on the south side of Monticello and was a shareholder in Mazzei’s Wine Company, formed in 1774 for the commercial production and sale of wine.

Charlottesville’s sister city Poggio a Caiano was chosen for sisterhood because of the deeply rooted friendship between Thomas Jefferson and Poggio native Mazzei.

Francesco Mazzei, a descendant of Filippo Mazzei and vice president & C.E.O. of the 600 year-old Italian winery, Marchesi Mazzei, has donated the wine for the reception celebrating the Mazzei Archive gift.

Sister Margherita is a Professor Emerita of Italian Language and Literature at Fairleigh Dickinson University, and an internationally known author of more than fifty books on Clemente Rebora, Giuseppe Prezzolini, Philip Mazzei, Peter and Sally Sammartino, Pope Pius XII and many others.

The printed and published artifacts, as well as the works of art and decorative objects, will be cataloged into a dedicated section of the Thomas Jefferson Foundation’s Jefferson Library Special Collections and will be fully available for researchers.

The Thomas Jefferson Foundation was incorporated in 1923 to preserve Monticello, the home of Thomas Jefferson, in Charlottesville, Virginia. Today the Foundation seeks to engage a global audience in a dialogue with Jefferson’s ideas. Monticello is now recognized as a National Historic Landmark and a United Nations World Heritage Site. As a private, nonprofit organization, the Foundation is not supported by federal or state budgets to fund its twofold mission of preservation and education.  About 450,000 people visit Monticello each year..